“SAG-AFTRA and The Honest Company have been working together to execute a signatory agreement covering commercial production.

“While we expect to have a fully executed contract momentarily, it has not yet been finalized. A casting breakdown was sent out prematurely. Both parties will issue an update at the appropriate time and look forward to working collaboratively in the future. To avoid confusion, members are always urged to visit the SAGAFTRA.org website for accurate information.”

*Headline photo selected by the Watchdog…Honest!

The following in SAG/AFTRA email alert:

On August 14, SAG-AFTRA announced the initial findings of an extensive, ongoing investigation into ad industry companies that SAG-AFTRA believed had falsely represented themselves as real employers of performers. This investigation confirmed widespread evidence of companies providing “signatory services” for a fee and falsely representing that they are the employer of performers on commercials. As a result, the union decided to revoke the signatory status of Executive Media Services (EMS), the fourth largest non-advertiser/non-ad agency company signed to the union’s Commercials Contracts.

Today, SAG-AFTRA confirms that four more companies under investigation – Waving Cat, Talent Solutions, Talent Direct and CMC/Forecast – have also violated their obligation to serve as an employer of performers and that their signatory status could be revoked at any time. The union will keep all of these companies – and in particular CMC/Forecast – under heightened scrutiny due to their past violations of the collective bargaining agreement.

Early in 2019, SAG-AFTRA will renegotiate our Commercials Contracts with the advertising industry. As we adhere companies to the new agreements, the union is determined to have a direct relationship with the actual employers of our members. Performers employed under a SAG-AFTRA contract should never have to worry about their safety on set, the risk of not getting paid for their work, or the responsible use of their performance.

If you are offered employment by or have unpaid wages from any of these above companies, please contact Lori Hunt, SAG-AFTRA National Director of Commercials Contracts, at lori.hunt@sagaftra.org or (323) 549-6722.

SAG-AFTRA Senior Advisor to be honored by DGA 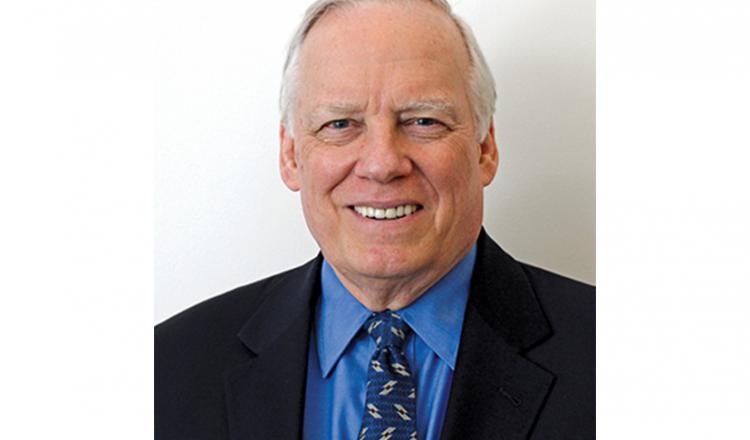 SAG-AFTRA Senior Advisor John McGuire will be honored by the Directors Guild of America at its namesake theater in New York on Oct. 18, 2018, for contributions to entertainment labor and artist rights.

McGuire, a Fordham Law School graduate, began his career with the Screen Actors Guild in 1969. In the intervening five decades, he has negotiated major contracts on behalf of SAG and SAG-AFTRA, represented the union at meetings with performer organizations around the world, served as associate national executive director and New York executive director for SAG, and presently holds positions in the SAG-AFTRA Health Plan, the Museum of the Moving Image, the Council of Motion Picture & Television Unions, the Motion Picture Players Welfare Fund, the SAG-AFTRA Foundation, the Industry Advancement & Cooperative Fund and the Department for Professional Employees, among others.
The DGA Honors recognizes individuals and institutions that have made distinguished contributions to American culture through the world of film and television, and recognizes the diversity of achievement — in business, government and labor — required to produce the best entertainment in the world.

UPDATED with no deal: Unable to reach an agreement, SAG-AFTRA has ordered its members not to work on a commercial being shot in town this week for The Honest Company, actress Jessica Alba’s line of home products.

“Please be advised,” the union told its members 90 minutes after Deadline first inquired, “that The Honest Company is shooting non-union commercials in the Los Angeles area this week, produced by non-signatory ad agency Mother. The union reached out to The Honest Company and Mother to sign these spots to the SAG-AFTRA commercials contract so that performers being hired to represent families would be entitled to fair wages and working conditions. To date, neither The Honest Company nor Mother have agreed to sign the Commercials Contract.

“All SAG-AFTRA members are hereby instructed to withhold services for this production until further notice. Accepting employment or rendering services on any of these upcoming commercials may be considered a violation of Global Rule One. Violating this order may result in disciplinary action in accordance with the SAG-AFTRA Constitution.”

PREVIOUSLY, 3:05 PM: Jessica Alba’s consumer goods company, The Honest Company, reportedly has agreed to shoot its next TV commercial under a SAG-AFTRA contract, thanks to a nudge from Killian McHugh, the acting coach who’s been leading a grassroots effort to unionize non-union productions. There’s no indication, however, that Alba herself ever appeared in a non-union ad.
SAG-AFTRA

Alba launched the company in 2012, and SAG-AFTRA records show that several of its commercials were shot under the union’s contract in 2013 – presumably the ones in which she appeared. The company’s next ad, presumably one in which she would not appear, reportedly was planning to shoot non-union.

“OMG Y’all. We did it!!!” McHugh tweeted. “First a huge shout out to The Honest Company! After I made them aware of the situation, they contacted me immediately. More importantly, my contact there contacted SAG-AFTRA to correct the situation! They are now in negotiations to flip this ad to union! Now it is up to the union leaders to seal the deal.”

McHugh recently organized a rally outside the union’s headquarters where more than 70 commercial performers showed up “to ask the union what they’re doing about celebrity outreach,” he said.

“We want to know what SAG-AFTRA is doing about it,” he told Deadline at the August 13 rally. “I had a meeting with the president of SAG-AFTRA several months ago, and I’m not seeing any progress.”

“For five months, I’ve been told ‘This isn’t the way,’” he tweeted, saying he was told by the union: “We just can’t call celebrities; we need time, Killian. We need a plan. Be patient.” He went on to tweet that it took him only three phone calls and a tweet to get the Honest Company to agree to shoot its next commercial under a union contract. “We didn’t even have to do a full-on media blitz! As soon as they were informed/educated about the situation, they understood!!! This today proves it’s about educating the A-listers!!!”

If you are a Stunt Coordinator currently working on an AMPTP Production, please read the following carefully.

During the 2017 TV/Theatrical contract negotiations, SAG-AFTRA and the AMPTP agreed to Safety Training for Stunt Coordinators, inclusive of harassment prevention training. This consists of basic training modules required of employers. The modules, all available online, are based on similar requirements from regulatory agencies such as OSHA, which insure that employees have a general awareness of safety. The training courses include: General Safety and Injury and Illness Prevention, Environmental Safety, Hazard Communication and Harassment Prevention.

It is imperative that all Stunt Coordinators currently working on an AMPTP Production comply, and SAG-AFTRA encourages you do so as soon as possible because your employment as a Stunt Coordinator could be affected.

Additional References:
The safety training memorandum of agreement can be located on page (66 and 67) at:
sagaftra.org/file/3217/download?token=DSmBotaO

A list of AMPTP companies can be located on pages 70-76 at:
sagaftra.org/file/3217/download?token=DSmBotaO

If you have any questions, please email ssd@sagaftra.org.

Please Note: The above notice is not in relation to the Stunt Coordinator Qualifications Process.
News

To give you an idea how old the Ol’ Watchdog is getting.  I can remember back to when  you did not want to be the First to call out Safety!