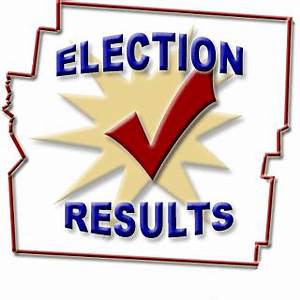 Matt Loeb, running unopposed, was re-elected to a four-year term as president of the International Alliance of Theatrical Stage Employees today at the union’s 68th Quadrennial Convention in Hollywood, FL. Loeb, who’s been president of IATSE since 2008, hasn’t had to stand for election once in the last 10 years. He was elected without opposition in 2009 at the convention in Orlando, and at the 2013 convention in Boston. In 2008, he was the unanimous choice of the union’s general executive board to succeed Tommy Short upon his retirement.

Also elected without the necessity of a vote were James Wood, the union’s general secretary-treasurer; 13 international vice presidents; and three trustees. All ran unopposed.

The convention had scheduled the election for tomorrow, but it was scrubbed because no challenger emerged. “If there is no election,” the union noted on its website, the convention sill concludes tomorrow at noon local time “and delegate compensation will follow immediately after.”

The convention is largely a rubber stamp and lovefest for the union’s leadership. Yesterday, resolution after resolution was adopted without opposition, including a proposed constitutional amendment that will increase staff salaries and another that will increase the per capita tax local unions have pay the parent union. Appeals from members who have been disciplined were summarily tossed out.

“It is all ass-kissing all the time,” a delegate told Deadline. “It is vomitously repulsive. It’s really horrific. Matt is a good guy, but the whole milieu of constant ass-kissing, with all due respect, is hard to witness. But Matt is very well liked, across the board, even by those who may take umbrage with his policies.”

That flattery was in full force yesterday when SAG-AFTRA president Gabrielle Carteris, making a stop on her national tour to sell her union’s new film and TV contract, spoke to the convention. “Members and staff told me about the work that is being done and I could see their joy in what is happening and their belief in the future,” she told the delegates. “And that is the soul of unionism. The energy that fills this convention and the energy that I feel when I’m talking to members around the country, it is exactly what is needed to ignite the labor movement, to rejuvenate it, to make sure that the next generation feels the excitement and understands who we are, who we are and what we can do together.”

Then, speaking directly to Loeb, she said: “I want you to hear, Matt – so I want you to hear some of the things that were said about you: ‘He is a visionary; he has changed so many things; he is an inspiration.’ ”

Speaking about SAG-AFTRA’s recently negotiated film and TV pact, she said: “We have just completed one of the most challenging – and I mean challenging –negotiations our union has seen in over a generation and made gains that speak to the future of our industry. As unionists, you know that making changes on behalf of our members in a time when our employers are not individuals but major conglomerates is hard.”

“My mother used to say to me, ‘It’s the responsibility of every generation to make a difference, to make an impact,’” she continued. “SAG-AFTRA now – I don’t know if you’re aware of this – all three of our officers are women and our member numbers are growing faster than ever before. So, now, today, we are in Day One of our next hundred-plus years. I’m struck by how SAG-AFTRA and IA have areas of tremendous commonality.”

“As we look to understand what is critical for the growth and vitality of the labor movement, our industry and beyond, we will be on this journey together,” she said. “Diversity is a key to that journey. So no matter your political affiliation, we know unions are being attacked in this country. Pension and health is being threatened. And in the face of that, we must tell our own stories. We need to be the ones to lead the narrative. The public needs to understand our value. It’s so critical that we be viewed as relevant by the next generation of workers. We must share who we are and what we do and this speaks to the heart of unionism. I am proud that we can say we are truly stronger together.”

Carteris left the convention yesterday morning and later that evening, at a Holiday Inn a few miles down the road, chaired a membership meeting about the new SAG-AFTRA contract. She’s urging ratification, but the two main opponents to her re-election  – presidential candidates Esai Morales and Peter Antico – are against it. Antico has accused her of campaigning on the union’s dime while visiting locals all around the country in support of the contract. Tonight she’ll be in Boston, and tomorrow in Bethesda, MD, after having already spoken at meetings in Los Angeles, New York and Atlanta.

“Labor unions are the driving force for democracy and progress,” Schlamme told the delegates. “It also makes perfect sense to me that the DGA and the IA should be such great partners. It’s pure alchemy to me, the magic created from this partnership. At the very heart of it is this longstanding relationship between the director’s team and the tremendously talented members of the IA.”

“We are only as good as the sum of our parts,” he said. “We also have an obligation to make sure that all of those parts are kept safe. And as those before us have done, we also need to continue to fight every day to make sure our value is recognized and protected; that as the creators of this amazing, unique work, we are appropriately compensated with benefits and pension, safety nets that cushion us from the risks we take as creative workers. The collective gifts of our members, their skills, craftsmanship and commitment to union service are more important now than ever.”

“The relationship between the DGA and the IATSE is an extremely important relationship to the DGA,” Hollander told the delegates. “The bottom line is that the IA members and DGA members together make up the heart of the production unit. It’s our collaboration on the sets of this country and throughout the world that truly drives an industry that creates the world’s finest entertainment, employs hundreds of thousands of people and engages billions around the world.”

“Together the DGA and the IATSE have tackled a number of challenges,” he said. “We fought to keep film and television production thriving in the individual states and provinces where our members live. We fought against Internet theft and waged legislative battles to prevent it. Together there is no limit to what we can accomplish. I look forward to working with you.”

Roth told the delegates: “Whether in D.C. on legislative matters, locally on film incentives, sharing research and thinking about collective bargaining, or dealing with the regular crises that arise in our industry, in production, the IATSE and DGA are regularly – and I mean regularly – communicating and working together.”

“There is little doubt,” he said, “that our unity will enable us to weather and succeed in the trials that have yet to come.”

Like I always say there is togetherness in unity.  Huh?  Yeah, right…Heavy!