WGA Strike could start on May First! 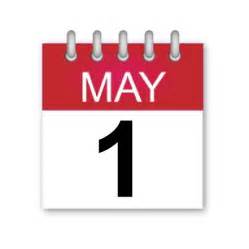 April 24, 2017 4:30pm
UPDATED with AMPTP statement: Film and TV writers are ready to take to the picket line next week, voting overwhelmingly to give their union leaders the authority to call a strike if this week’s final round of bargaining fails to produce a contract.

Chill On Rumors Of Netflix Side Deal As WGA Strike Authorization Looms
The strike authorization was approved by 96.3% of the 6,310 writers who cast ballots, according to the WGA, a record 67.5% of eligible WGA members. A strike, if it comes to that, can’t begin until midnight May 1, when the current film and TV contract expires. The WGA’s last strike, launched in 2007, lasted 100 days. That authorization vote was approved by 90% of voters.

“We thank you for your resolve and your faith in us as your representatives,” the 2017 negotiating committee said in a statement today accompanying the vote results. “We are determined to achieve a fair contract. Talks will resume tomorrow.”

A strike can still be averted if the WGA and management’s Alliance Of Motion Picture & Television Producers can work out a deal this week. The talks, which took a two-week hiatus to allow the WGA East and WGA West to poll their members on strike authorization, resume tomorrow and are expected to continue throughout the week and possibly into the weekend, if necessary. It’s also possible the strike deadline could be extended if the two sides think they’re close to a deal.

Said the AMPTP in a statement after the vote results: “The Companies are committed to reaching a deal at the bargaining table that keeps the industry working. The 2007 Writers Strike hurt everyone. Writers lost more than $287 million in compensation that was never recovered, deals were cancelled, and many writers took out strike loans to make ends meet. We remain focused on our objective of reaching a deal with the WGA at the bargaining table when the Guild returns on April 25th.”

The main strike issues are more pay for TV writers and a rescue of the WGA’s failing Health Plan, which faces projected deficits of $145 million over the next three years.

WGA leaders say they began the negotiations with “two truths” that formed their bargaining position: that the major companies earned a record $51 billion in profits last year and that “the economic position of writers has declined sharply in the last five or so years. Screenwriters have been struggling for a long time. They are now joined by TV writers, for whom short seasons are at the core of the problem. In the last two years alone, the average salary of TV writer-producers fell by 23%. Those declines have not been offset by compensation in other areas. “In Basic Cable and new media, our script fees and residual formulas continue to trail far behind those in broadcast – even though these new platforms are every bit as profitable as the old model.”

RelatedA WGA Strike Threat Timeline: How We Got To The Brink

And then again it may not!

AMPTP and Hollywood’s Unions Were “Ahead Of The Curve” Before Weinstein Sex Scandal, Producers’ Rep Says