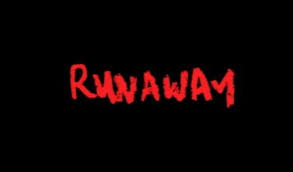 California lost nearly $2 billion in production spending over the last four years, as film and TV projects took their business out of state, according to a new report.

In a study released Wednesday, the California Film Commission found that from 2010 to 2014, so-called runaway projects accounted for almost $2 billion in production spending outside of California.

The commission, which administers California’s film and TV tax credit program, analyzed projects that applied for, but did not receive, a state tax credit due to limited funding.

The state allocates $100 million annually in sales and income tax credits to the film industry, but funding is used up on the first day it is available. This year, the state received a record 497 applications for the funds on June 2, the deadline for an annual lottery that is used to divvy up the credits. Only 26 projects made the cut, while the remainder were put on a waiting list.

So what happens to the projects that don’t win the lottery?

The California Film Commission concluded that the vast majority opted to shoot in states and countries where tax credits were available.

Last year alone, 42 projects that applied for California’s credit spent more than $1 billion outside the state, while another 26 projects remained in the state and spent $211 million in Californi

The study didn’t count many other projects that chose not to apply for California’s film incentives because they didn’t qualify. California’s program excludes movies with budgets over $75 million, as well as new network dramas. The state Assembly has approved a bill, AB 1839, that would expand the program. The state Senate will take up the bill next month.

California’s program has had some successes. Since 2009, $700 million in tax credits has been allocated to eligible film and TV projects spending an estimated $5.39 billion in state, including $1.72 billion in wages for crew members, according to the report.
Six TV series have relocated since the program began in 2009, including “Teen Wolf” and “Being Mary Jane,” both of which moved from Georgia.

The latter show, however, was the only one among nine applications this year from TV series hoping to relocate. The remaining eight series are on a waiting list.

The name that keeps coming to mind is Del Shannon…ah, does that mean the Ol’ Dog is getting old?   Woof!  Woof!