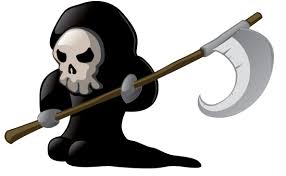 The following from a Jonathan Handel article:  http://www.hollywoodreporter.com/news/sag-aftra-amptp-reach-deal-716749

“In a separate development, the SAG Pension and Health Plan — a legally separate entity from the union and from the AFTRA plan — announced that actors whose earnings fall short of qualifying levels for the SAG and AFTRA health plans can now combine their SAG contract and AFTRA contract earnings in an attempt to qualify for SAG Plan II, the lesser of the two SAG health plans. The new eligibility took effect July 1 and would be based on the previous twelve months’ earnings, according to an explanation on the SAG Plan’s website.

“The plan will not notify union members proactively of their eligibility, because it doesn’t know their AFTRA earnings. Instead, members have to apply.”

Huh?  What was that trustees? (latest Trustees List I could find)

Huh, again!  Ah, I thought our union was  now SAG-AFTRA?   But, but, but that aside, if we don’t notify SAG-AFTRA members of their possible  eligibility  how the hell are they gonna know?

Here’s a “radical” thought.  How about putting the message on THE FRONT PAGE OF THEIR WEBSITE!  Maybe you know in one of those rotating windows at the top of the webpage.  You know, like one of those announcing all important info like:

Na! That would be to much trouble!  What the hell,  the most it might do is save some members LIFES!!