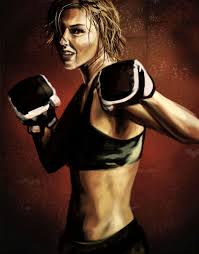 Do you remember how, during the merger campaign, SAG and AFTRA leadership promised they’d work with the DGA and WGA to bargain the bejesus out of the AMPTP this negotiating year? Never happened. And probably never will. new Hwood Guilds Because if ever there were a time for showbiz unions to stand together in solidarity, it was 2014. Just how many ways is the Big Media cartel screwing the Hollywood guilds right now anyway. The sense of panic among actors, writers, directors and below-the-liners is palpable in Hollywood as more and more are not working and in danger of losing eligibility for all-important health benefits. Nor is this a byproduct of a disastrous economy, because the studios, networks and corporations who own them are doing very very well right now.

Maybe you didn’t notice because of the holiday-shortened trading session, but the Dow Jones industrial average crossed 17,000 for the first time and the S&P 500 scored a record high right before this Independence Day weekend. Disney hit an all-time apex. Time Warner touched a 52-week loft. Fox led the Big Media pack followed by Discovery, Viacom, Comcast and CBS. (Only Sony dropped.) The indexes were buoyed because the U.S. unemployment rate fell to 6.1%, the lowest since September 2008, and analysts are saying it’s a real sign that the economy is starting to take off. If only the entire media industry could start pressuring the Hollywood CEOs to put people back to work and pay them decently.

This is worth mentioning because on Friday the largest of the Hollywood guilds, SAG-AFTRA followed the WGA and the always employer-compliant DGA in announcing that its negotiators reached a new 3-year pact Hollywood contract negswith the studios and networks. All three guilds are getting the same annual minimum increases: 2.5% the first year, and 3% in years two and three, plus an 0.5% increase in the Alliance Of Motion Picture And Television Producers’ contribution to the Pension Fund effective right away.

Frankly, that sucks. Did I mention that the current inflation rate jumped to 2.13% in May?

Here’s what also sucks for SAG-AFTRA: the basic rates. Remember, this was the first film and TV contract which the merged union bargained. Before the negotiations, the leadership’s stated goal was to combine the 2 separate TV contracts with the networks/studios and bring SAG’s basic rates up 3.5% to match AFTRA’s. “We certainly don’t want to lower AFTRA’s to SAG’s,” a SAG-AFTRA official claimed.

Well that’s exactly what happened, folks. The SAG-AFTRA negotiators failed big-time. Because primetime minimums in the new agreement will be based on the legacy lower SAG wage rates, not the higher legacy AFTRA rates. I had to laugh when The Hollywood Reporter’s Jonathan Handel tried to blame this not on the current SAG-AFTRA negotiaters but on the old SAG bargainers from back in 2007-2008. What a crock!

The only good thing about this new configurement is that the basic cable terms will reflect the residuals formula used in the SAG, DGA and WGA agreements, rather than AFTRA’s which frequently paid lower residuals or none at all. But considering how much the AMPTP has undercut residuals in recent years, there’s almost no difference. And, come to think of it, when was the last time the terms ‘New Media’ and ‘increases’ were uttered in the same sentence during guild talks?

Carol LambardiniOnce again, SAG-AFTRA, WGA, and DGA made quick work of these rounds of negotiations with AMPTP President Carol Lombardini. I gotta hand it to the old gal: she’s very good at her job which consists of scaring and stiffing the guild bargainers into pretty much taking whatever boiler plate agreement she demands. Remember when Lombardini’s AMPTP set the stage for these WGA talks with $60 million in proposed rollbacks for writers at a time of unprecedented prosperity for the studios? “The collective profits of our 6 major bargaining partners (Disney, CBS, Comcast, Fox, Time Warner and Viacom) just hit a record $40 billion,” the WGA whined to membership. “This prosperity is based on our work, we are the creative force driving it. Are $60 million in rollbacks a just reward?”

I hear what stalled these SAG-AFTRA talks a slight bit was the AMPTP’s refusal to recognize the new union. Can you believe that after Lombardini practically handpicked who’s running it? The networks and studios took the position that they were under no legal obligation to recognize the new union and could have negotiated the contracts separately. That was the dirty little secret that the SAG/AFTRA pro-merger powers didn’t want the membership to know in advance of all that let’s-get-together lobbying. “I always figured Carol would use that as her ace in the hole if things got heated. And I believe she did,” one of my sources said. “So SAG-AFTRA had to give up something big to get AMPTP to agree there is a merged union.” Now we know what that was – the higher AFTRA rates. So she’s stuck actors with the lower SAG minimum.

The Hollywood CEOs and their AMPTP ass-wipes should be ashamed of themselves. But that would require them to have consciences. Network and studio moguls are the puppeteers pulling everybody else’s strings. What, they worry? From behind the scenes, they order Hollywood to jump, and the town asks how high. And never more so than during all these guild negotiations. As for the unions, pissing off the studio and network big shots isn’t what any guild wants to do anymore. They view the lesson learned from the Writers Strike is that Big Media merely used it as an excuse to rethink their business models. Given current trends in leadership, I can’t imagine any scenario where unions will fling their feces against walls or make menacing noises to indicate they’re going to bite the hands that feed them. The so-called ‘hardliners’ and ‘militants’ have no role anymore.

So I have a suggestion. If the studios and network CEOs are now making bigger compensation packages than, say, the chiefs of the auto companies, then why don’t the DGA, WGA and SAG-AFTRA take a page from the United Auto Workers? Detroit’s Big Three pushed the United Auto Workers union to accept profit-sharing payments in their most recent round of labor negotiations rather than taking an increase in base pay. (The car companies had successfully argued that the rising base pay of past contracts was a factor in the ballooning cost structure of U.S. automakers, contributing to the 2009 bankruptcy of GM and Chrysler.) The result was that workers at General Motors, Ford Motor and Chrysler Group pocketed a record amount of profit sharing after the automakers reported final 2013 earnings. Let the Big Media CEOs set aside an annual pile of cash from profits for the workers who made it all possible instead of lining their own already stuffed pockets.

AMPTP and Hollywood’s Unions Were “Ahead Of The Curve” Before Weinstein Sex Scandal, Producers’ Rep Says