SAG-AFTRA Constitutional Amendments to move ahead!!!!! 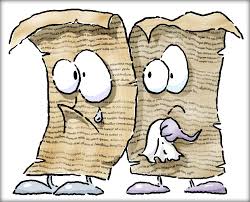 SAG-AFTRA Will Present At Least 2 Constitutional Amendments To Convention

The group didn’t say which amendments will move ahead as a result of the one-day National Board of Directors videoconference plenary that took place yesterday. But details “will be published in advance of the convention” to be held September 26-29 at the J.W. Marriott at L.A. Live along with “any additional proposed amendments submitted by the required number of local boards,” SAG-AFTRA says. National Executive Director David White called yesterday’s final meeting of the transitional National Board “an important marker in the life of this newly merged union.” He also praised the current leadership’s “tremendous legacy for the elected leaders who will follow.” In addition to their work on the constitutional amendments, directors approved the recommended rules for the convention, which also will be published ahead of time. General Counsel Duncan Crabtree-Ireland reported that the union’s foreign royalties program has distributed more than $17.5M to performers since its inception. And National Co-Secretary-Treasurers Amy Aquino and Matt Kimbrough said that they’ve integrated the financials of the previous organizations. Accounting firm Price waterhouseCoopers audited the books and found no grounds to qualify its opinion about them.

One rule change could allow the board to make minor amendments to the union constitution.

The SAG-AFTRA board is meeting Saturday and is considering two constitutional amendments, The Hollywood Reporter has learned. It was not immediately possible to determine the subject matter of one of the amendments.

According to a source who spoke on condition of anonymity because of the confidential nature of the matter at this stage, the second of the amendments would allow the union’s convention to delegate all or part of its authority to the SAG-AFTRA national board. The amendment doesn’t automatically delegate that authority. A separate convention resolution would be introduced if this passed to actually delegate that authority.

The authority could then be revoked by any convention by a simple majority. The union holds conventions every two years.

If the national board approves the amendment, it will be acted upon by the convention. Passage requires a 70 percent vote of those delegates voting. In addition, there may be other amendments coming from the union’s Locals, but it is too early to tell. Under the SAG-AFTRA constitution, the boards of the Locals can propose amendments up until 45 days before the convention, which will be held at the end of September. If one-third of Locals sign off on the amendment, it goes to convention for an up or down vote.

The amendment on the national board’s agenda “seems to have good traction because even in the best written documents there are small fixes that had the board had the authority this year would have made a difference,” according to the source. “The need for the convention to (retain the authority to make even small fixes) was a legacy AFTRA insisted upon” in the negotiations with SAG that led to merger.

The source added that this approach has proved unworkable, and that the amendment would represent a small return in the direction of the SAG rules, which allowed the board by a super majority to amend the organization’s constitution.

Under the amendment, the board would not be able to exceed the convention’s authority. That is, matters reserved to the members will remain in the hands of the members.

The convention will be a large affair, with almost 500 delegates attending. It’s scheduled for September 26-29 and will be held at the Los Angeles Marriott at L.A. Live. Some legacy SAG members of the board are skeptical of the value of having a convention at all, given the cost, but AFTRA required it as a condition of agreeing to merger. Even if the affair should prove to be a bust, there will be at least one more convention held, in two years, before the convention itself could be amended out of existence. That too was an AFTRA requirement.

Damn it!  And here I thought it was their ways that they were going to amend!!!!