Is Online Voting Out of Line?

The following posted by:

No more online voting. In the future, all ballots sent out by the Union must be paper ballots and must be counted in front of witnesses, just like the the Local & National Board elections every two years.

I believe only the LA and NY Local ballots are counted in front of witnesses.
Also, ALL contracts must be voted on by the membership with paper ballots. This includes such contracts as the previously terrible two Music Video contracts which were voted on by the National Board only.

Aw come on Paul, it’s just so much easier to vote on line!  Bing! Bang! You’ve done your thing!

Huh? Am I sure I’ve done my Thing?

Wellll…okay, maybe if someone–or special interest group had something to gain by manipulating the method used to vote, it wouldn’t be all that hard to do so…but, but, but  gosh it’s so much easier and cheaper this way!

How do other members feel?

Maybe when I received my “IMPORTANT VOTING INFORMATION” postcards, I should have talked with my sister apartment resident when I took her card to her that had mistakenly been put in my mail box! 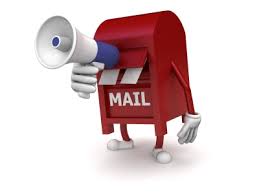 Paul Edney posted in Union Actors
.
Ken Howard’s Free Trip to Florida.
.
Just as the winter season is about to start, our President, Ken Howard, decides to take a trip to Miami, Florida at the union’s expense.
.
He will be the guest speaker at the SAG-AFTRA Miami Local Annual Membership Meeting on November 5, 2013 at Dave and Busters in Hollywood, Florida. If you have ever been to a Dave and Busters, you’ll know it is usually a hang-out for teenagers and video gamers.
.
Oh, and just a few blocks east on Stirling Road is the Hard Rock Casino – a major attraction in the area. How convenient for Ken.
.
——–
.
Look, I have been one of SAG-AFTRA President Howard’s harshest critics, but this sort nastiness and innuendo has no place in our union politics.  So, is Mr. Edney saying that if he had been elected president, he wouldn’t have attended an annual membership meeting of our fellow Miami SAG-AFTRA members?   Ah, and if he had, he would have gone on his own dime?
.
Have a safe and Productive trip, Mr. President!
.
Arl
.
The Ol’ SAG Watchdog

Funny Photo of The Week!!!!

Okay, okay, a tad brutal, but FUNNY! Hey, you could say we’re doing Ned a favor. Now that he’s playing with the big boys he can expect a lot worse.

The following link is to the LA Times article on NED’s political plans.

I love it when Ned says, “The consolidation of these unions created a more efficient and effective organization that increased the power of members.”

Power! Yeah, right, Ned.  Tell it to the SAG members who lost there health Insurance because you and your UFS/USAN pals gave SAG’s Jurisdiction to AFTRA.  Oh, and to the Background folks who are lucky if they get to use the can on a Video shoot.

*Thanks to Paul Edney for the photo.

The SAG-AFTRA Election: Crunching the Numbers. 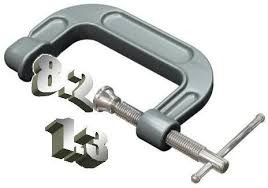 The following is from an email sent out by Paul Edney.

1. The number of ballots mailed for the Los Angeles Board was 69,659. If you divide that by 139,967 (the total number of ballots mailed), you get a figure of 49.77%. That means that the members in the LA Board represent just about half of the union. It will be interesting to see if the same percentage is allocated to delegates from LA. Somehow the way the constitution is set up, I think not.

5. Esai Morales had the second highest number of votes cast for a LA Local Board seat – 5,122 (after Jenny O’hara).

6. Jane Austin got elected to the National Board (4-year term) and the LA Local Board. And so did her rival Amy Aquino.

7. Martin Sheen got the highest number of votes for convention delegate. The second highest was Esai Morales.

9. As of 11.15pm Thursday November 15th, the final results have not been posted for New York. I guess it must be very close and either side may have asked for a recount. Since we don’t have the NY results yet, I added up all the ballots mailed out to the small locals. 3 small locals had no contest (Michigan, Nashville & Portland), so I averaged them at 600 members each. This way, I figured out the approx. number of ballots mailed in New York.

So, basically, you can say that our union is split with half in LA, one quarter in NY and the other quarter in the small Locals.

10. The way I see the National voting went, NY probably voted overwhelmingly for Ken Howard. I am expecting to see a high % turnout because of the battle between the Reardon and Hodges factions. The Locals probably voted mostly for Esai. However, the apathy in LA with a very low turnout (15.09%) is probably why Esai was not elected.

13. Larry Vigus, failed in his bid and was not elected to the New England Board – he came last, and also second to last in convention delegates.

14. Rik Deskin failed in his Vice-President bid for the Seattle Local, but managed to be elected a delegate.

15. For my candidacy, I got 1,359 votes. This high number surprised me because I stated from the very beginning for members to vote for Esai instead.

17. I really thought the vote would be much closer in the Esai – Ken race. But even if you add in my votes and Marilyn’s votes, Esai still did not come close. I think Esai was the right candidate, but maybe the campaign fell short. Obviously some analysis needs to be done on the Membership First campaign to see what can be improved two years from now. I would suggest start fund raising now so next time we can also mail out glossy color brochures.
———–

I edited out a few personal asides by Mr. Edney, but overall found his comments informative. If anyone disagrees with his numbers or observations please post below.

A few SAG-AFTRA election recommendations! And the Cartoon of the week. 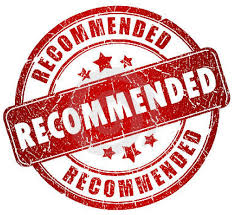 Look, the Ol’ Dog is endorsing Esai Morales and the entire Membership 1st group. Oh, and a few special recommendations of MF1st candidates–who I met standing up for our beloved SAG during the 2000 strike.