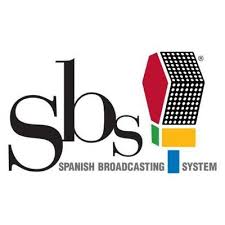 In a major victory for the rights of workers to unionize, SAG-AFTRA today reached a nearly $500,000 settlement with the Spanish Broadcasting System in advance of a National Labor Relations Board ruling on the union’s claim that eight of the company’s employees at Los Angeles radio stations La Raza and MEGA were unlawfully terminated in retaliation for exercising their right to unionize.

The settlement also provides that the wrongly terminated employees will return to work at SBS in their former positions on January 15.

The settlement came as attorneys for both sides negotiated an end of the dispute on the courthouse steps as the threat of a federal court injunction loomed against the Spanish-language media company. In October, the NLRB issued a formal complaint against SBS after finding merit to numerous unfair labor practice charges filed by the union against SBS for discharging employees in retaliation for their union activity and engaging in “bad faith” surface bargaining during the first round of contract negotiations.

“This is a significant victory for these union members and an incredible symbol of hope for workers fighting for economic justice across our country,” said SAG-AFTRA president Gabrielle Carteris. “This win sends a message – loud and clear – that employers will not be able to get away with terminating employees who exercise their right to unionize. We still have a hard fight ahead to achieve a fair union contract for the reinstated SBS employees and their co-workers, but we are optimistic that we will prevail. SAG-AFTRA will not rest until there is justice at SBS.”

“Our team fought hard to ensure that the unlawfully terminated employees would be able to exercise their right to reinstatement, but our work isn’t done,” said David White, the union’s national executive director. “We are ready for the next steps and look forward to returning to the bargaining table in January to ensure that these professionals obtain a just contract.”

The settlement agreement provides that the eight terminated employees will receive back pay and expenses through January 14, 2018. According to the union, SBS offered the workers their choice of reinstatement or “significant front pay, and most chose to return to work to their former positions at SBS. A few elected to move on and receive front pay.”

The agreement also provides that SBS must engage in good faith bargaining with the goal of obtaining a collective bargaining agreement, and established a rigorous bargaining schedule, that includes SBS providing the union with an economic proposal by mid-January that includes specific dollar figures for wages and fees to be paid to bargaining unit members.

“I feel completely vindicated, happy and strong that the fight was worth every second, every tear and every drop of sweat,” said Felix Castillo, an on-air SBS talent known as DJ Mr. Boro. “We have a lot of work to do. We have to achieve industrywide changes, but I am very happy that SBS Los Angeles was the first step and I am looking forward to being a part of the lasting change in the radio industry.”