It’s good to be one of SAG-AFTRA staff’s Top Wage Earners! 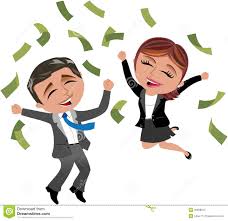 The Following data From the 2014 DOL LM-2: The first number listed is gross salary followed by “Disbursements for Official Business” and lastly the total of both!      (Bonus:  President Howard’s expenses.)

So, are they worth it?  Gawd, let’s hope so?  Something to ponder while you wait in the unemployment line.

Actors’ Equity Association (Equity) announced today that John P. Connolly will not seek a second term as the Executive Director of the Union.

In a statement, Mr. Connolly said, “I came home to my parent union as Equity’s Executive Director on a mission with two important elements – to help the union regroup after the terrible tragedy of my lifelong friend Patrick Quinn’s untimely death, and to move forward the process of change and evolution crucial to Equity’s ability to survive and thrive in the changing world of theater and live performance. I believe that I’ve achieved substantial progress in addressing these challenges and I wish Equity well in the next phase of its growth and success.”

Further addressing his decision, Connolly stated, “My experience here at Equity has been an extraordinary and exciting opportunity that has meant a great deal to me as a Union leader and member. But these three years have also taught me how much I truly long to return to the stage and screen as an artist. Therefore, I have made the difficult decision to set aside the wonderful sash of Equity office for the uncertain but compelling field of the audition room, the rehearsal hall, the theater, the sound stage. But the most compelling reason for this decision has been the too frequent and long separations from my lovely wife Bronni, since our primary home is in California and the bulk of my work has been at Equity headquarters in New York. We are meant to be together, and it’s become too great a sacrifice to be apart. Simply put, it is immeasurably better to be with Bronni than to have to endure missing her.”

Translation: “They fired my Ass.”

Mr. Connolly, who assumed the role of Executive Director in 2007, came to Equity at a vital time in the Union’s history when the sudden passing of Equity President and Executive Director Designee Patrick Quinn shocked both the Union and the theater industry. During Mr. Connolly’s tenure Equity negotiated the Production and LORT contracts, successfully winning ground-breaking advances in recognition of Actors’ intellectual property rights in their images and performances along with compensation for their recording and use. Together with the leadership, Connolly conducted historic Expanded Regional Board meetings across the country to discuss Equity’s strategic direction and priorities. As a result, Equity broadened its relationship to the national labor movement, initiated a strategic organizing program, and adopted a more activist profile regarding public policies that affect the livelihood of its members, including health care reform, affordable housing, tax reform, human rights and marriage equality. Through focused and clear initiatives, these efforts have made an impact on the national discussion of these issues. Connolly has also helped to visualize and launch the preparations for Equity’s 100th Anniversary in 2013.

Equity President Mark Zimmerman concurred, saying, “I have known John Connolly since our days as struggling actors and he is a close friend whom I greatly admire. John has brought a steady and progressive leadership to Equity. He has been a strong advocate for change and has provided a great deal of insight and practical knowledge that have positioned Equity to be a strong leader in the industry.”

Bottom Line: The Equity Council refused to renew his contract.

The search for a new executive director will be announced in the near future.
—