SAG-AFTRA’s funds held in trust have jumped by 16% to $153 million since last year, according to the union’s latest filing with the federal government.

Those funds have been at the center of a long-running dispute, dating back to a 2007 suit filed by Ken Osmond (“Leave It to Beaver) over how foreign royalties and residuals are handled by the union.

The disclosure came in Tuesday’s filing of SAG-AFTRA’s LM-2 report with he U.S. Department of Labor for the fiscal year ended April 30, which listed that the “Funds Held in Trust for Others” category at $153.04 million. The previous year’s figure was $132.26 million.

SAG-AFTRA had no immediate response to an inquiry to explain the increase.

In May, 2013, Ed Asner and 15 other union members filed suit, alleging SAG-AFTRA has improperly withheld funds and stonewalled requests for information about the money held in trust by the union — including domestic residuals and foreign royalties collected by the union through foreign collecting societies without authorization or knowledge of union members.

The suit also alleged that the union has cashed residuals checks and then claimed an inability to locate the actors to whom it owes money. A federal judge dismissed the suit in January, finding the union had been sufficiently cooperative in providing access to its materials — but also indicated that the plaintiffs would be able to re-visit the issue.

Eric Hughes, one of the plaintiffs in the Asner suit, said Wednesday in response to the new LM2 report: “SAG-AFTRA not only continues to violate the filing requirements imposed by federal law by failing to properly report all financial receipts but the sum of monies due but not delivered to members stunningly increases. The records the union has given us to review are not the records necessary to verify, explain or clarify its reporting.”

Osmond settled his case in 2011 and SAG and AFTRA merged in March, 2012. SAG’s fiscal 2012 report listed $100.48 million for the same item while the AFTRA LM2 national report listed a total of $11 million including $7.53 million of funds due to members that the union could not locate.

None of the four LM2 reports broke down the funds further.

When asked about the fund increase last year, SAG-AFTRA General Counsel Duncan Crabtree-Ireland said that most of the funds are deposits by producers — but did not disclose specific numbers.

“The majority of funds held in trust relate to production security deposits and residuals reserves – funds that will be returned to producers unless they breach their obligations under SAG-AFTRA collective bargaining agreements,” he said at the time. “The amount of these funds held fluctuates greatly depending on production activity and production budgets. Only a very small portion of these funds relate to foreign royalties, and those funds are only held temporarily while they are allocated and distributed.”
—

“SAG-AFTRA had no immediate response to an inquiry to explain the increase.”  Boy there’s a first! 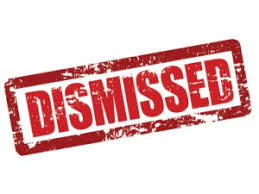 Action had been filed in May

A federal judge has dismissed a lawsuit filed against SAG-AFTRA by Ed Asner and 15 other plaintiffs over alleged mishandling of $132 million in residuals and foreign royalties.

U.S. District Court Judge Manuel Real said in a filing Tuesday that he had granted the union’s dismissal motion, noting that union has been sufficiently cooperative in providing access to its materials.

“At this point in time it is apparent that SAG-AFTRA is working with plaintiffs to allow them to examine records SAG-AFTRA believes they are entitled to examine,” Real said. “The dispute over such examination is therefore not ‘definite and concrete’ because it is not even clear which books and records, if any, are not being proferred for examination.”

Real indicated that the plaintiffs may be able to re-visit the issue. He wrote that the factual situation is still developing, adding that it would be “impracticable” to decide whether SAG-AFTRA is not allowing access to documents that the plaintiffs are entitled by law to examine.

“This issue is therefore not fit for judicial decision at this time,” he added.

Real said that the both sides can continue to work on the issue of examining documents, and that the plaintiffs can still pursue a claim under the federal laws requiring unions to file annual financial reports with the Dept of Labor. He also dismissed the suit’s state law claims alleging conversion and unfair business practices, asserting he had no jurisdiction over the state law matters.

Eric Hughes, one of the plaintiffs, alleged on Wednesday that SAG-AFTRA had misled Real as to its conduct in providing the plaintiffs access to its records. He also indicated that the plaintiffs are considering filing another claim under the federal statutes covering union financial reporting.

“We have not been given any financial records but instead Microsoft PowerPoint presentations and have not been allowed to leave the building with agreements which SAG-AFTRA has entered into without any authority to do so, and without disclosure, which have long affected the rights of every member of SAG and every member of AFTRA and diverted monies rightfully ours to our employers,” he said.

“SAG-AFTRA now has the option of doing what they have misled the Court into believing that they are doing or, as the Court has made clear, we are free to, and will again, file a claim under § 431,” Hughes continued.

SAG-AFTRA Chief Administrative Officer and General Counsel Duncan Crabtree-Ireland said in a statement, “We are pleased with the judge’s order and believe the complete dismissal is fully warranted. The Court acknowledged SAG-AFTRA’s ongoing cooperation with the plaintiffs. SAG-AFTRA has more than 1,000 pages of annual disclosure documents available online to anyone.”

Since the suit was filed eight months ago, the union repeatedly insisted that it’s done nothing wrong and characterized the suit as “frivolous.” It has also asserted on numerous occasions that without its efforts, actors would not have seen any of the foreign funds nor received unclaimed residuals — a theme sounded again by Crabtree-Ireland on Wednesday.

“Despite this unfortunate and unnecessary litigation, we remain focused on collecting and distributing foreign royalties and unclaimed residuals, programs of which we are justifiably proud,” Crabtree-Ireland said. “We hope that this dismissal will mark an end to such lawsuits that needlessly expend union resources.”

The original suit was filed on May 24. Real narrowed the issues on Oct. 7, allowing the suit to include the issue of residuals and three of the 16 plaintiffs to proceed with their claims on unpaid foreign royalties.

The union filed the 18-page motion on Nov. 20, asserting that the plaintiffs’ claims under state law should be tossed because they are “completely preempted by federal labor law” and that the plaintiffs “do not have the authority to sue on behalf of anyone other than themselves.”

The plaintiffs responded on Dec. 16, portraying the union as reckless in how it handles funds that it’s supposed to distribute to performers.

“SAG-AFTRA simply does not record what is earned but it willy-nilly converts checks as it sees fit, by either endorsing checks made out to performers and placing same into its purported Trust Account, or by holding onto performers checks for months if not years on end to the ongoing detriment of its members who depend on these earnings to live,” the plaintiffs said in last month’s filing.

Hmmm…the main thing this story does for me, is make me long for the “Good OI’ Days” when SAG was a Real Actors Union!