Celebrating the Life of Eugene Francis 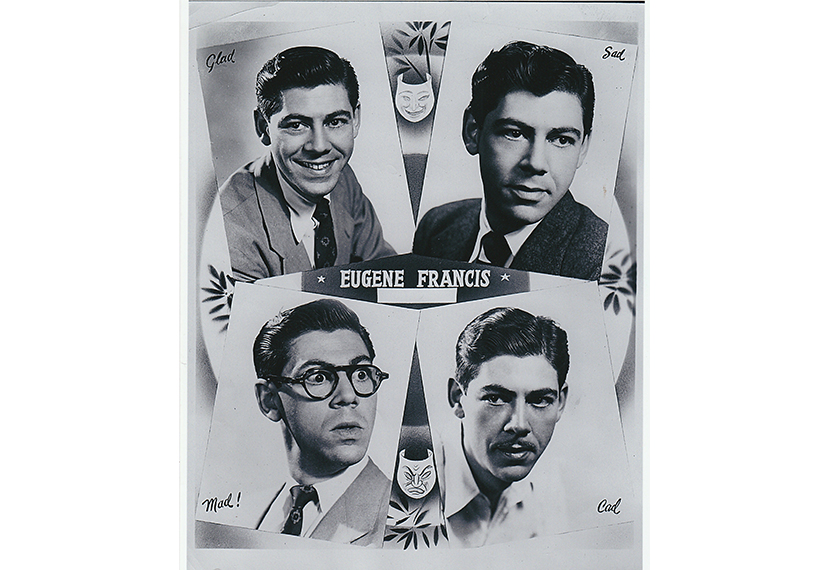 Actor, writer and founding board member of the Screen Actors Guild Foundation, now SAG-AFTRA Foundation, Eugene Francis passed away on Tuesday, April 10, 2018 at 100 years old. Francis worked on TV series such as Matinee Theatre (1955), The George Sanders Mystery Theater (1957) and The Loretta Young Show (1953), and was also one of the original “Dead End/East Side Kids” with Bobby Jordan and Leo Gorcey.

Francis was elected as a founding board member of the Foundation in 1985, serving for 33 years as a board member up until his passing. He served in the role of Treasurer of the Board, member of the Finance Committee and continued as an active board and finance committee member even in his role of Emeritus Board Member, attending board and committee meetings by Skype and phone when he could not attend in person.

“It was a privilege to know someone who had lived life so fully long before I met him and to work with him over these many years as he continued supporting his fellow performers. Gene truly never stopped,” said SAG-AFTRA Foundation Treasurer and fellow founding board member Maureen Donnelly.

Francis’ career as an actor, writer and activist for performing artists goes back to the days of AFRA (American Federation of Radio Artists) and the Television Authority, which merged to become AFTRA (American Federation of Television and Radio Artists). Francis served more than two decades as a SAG National and New York Board member, and was elected to terms as recording secretary and national vice president. He lived and worked to see his unions merge as SAG-AFTRA in 2012 and its Foundations to become the SAG-AFTRA Foundation in 2015. He also saw service as a member of the Council of the Actors’ Equity Association.

“He loved his fellow actors and dedicated many, many hours of his life to performing artists everywhere,” said son Stephen Francis.

Francis served in World War II and is survived by his son, daughter-in-law Bronwyn Berry and grandchildren Harrison and Carson Francis.

The family has asked that in lieu of flowers, donations be made to the SAG-AFTRA Foundation to support Francis’ commitment to the lives and livelihoods of performing artists. Donate online at www.sagaftra.foundation/donate or mail to SAG-AFTRA Foundation, Attn: Nicholas Hass, Institutional Giving Manager, 5757 Wilshire Blvd. PH-1, Los Angeles, CA, 90036