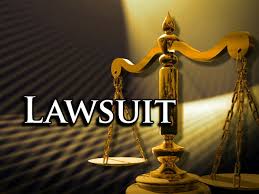 By Richard Verrier
The LA Times
contact the reporter

The parents of Sarah Jones, the 27-year-old camera assistant killed on the set of “Midnight Rider” earlier this year, have agreed to settle their lawsuit with the producers of the film.

Richard and Elizabeth Jones have agreed to a confidential settlement of a lawsuit they filed in Chatham County in Georgia in March alleging that the film’s producers Randall Miller (also the director) and his wife, Jody Savin, and others negligently caused their daughters death, said Jones family attorney Jeff Harris of Harris Penn Lowry LLP.

“Richard and Elizabeth Jones’ objectives in filing this lawsuit, after the death of their 27-year-old daughter, Sarah, have been clear and unwavering,” Harris said in a statement. “To find out what happened on the day of their daughter’s death, determine who was responsible, hold those who made bad decisions accountable and ensure this kind of tragedy never happens again on another film set. Today, we are another step closer to fully achieving those objectives.”

Jones was killed and several crew members were injured on Feb. 20 when a freight train crashed into the crew as they were filming the biopic of musician Gregg Allman on a historic train trestle near Savannah, Ga. Jones was struck by the train and debris from a bed that had been placed on the track for a dream sequence involving actor William Hurt.

A photograph of Sarah Jones is placed on a stage at a memorial for the assistant camerawoman at the International Cinematographers Guild on Sunset Blvd. in Hollywood on March 7, 2014. (Genaro Molina / Los Angeles Times)

“Elizabeth and I are dedicated to ensuring that our daughter’s death is not in vain, and through our work with the Sarah Jones Film Foundation we continue to advocate for safer film sets – keeping safety always at the forefront, never again an afterthought,” Richard Jones said.

Railway operator CSX remains a defendant in the case.

The Jones family previously dismissed Allman, his manager Michael Lehman, and Open Road Films, the film distributor launched by the AMC and Regal theater chains,  from the civil lawsuit.

The accident, which happened on the first day of filming, caused “Midnight Rider” to shut down and prompted multiple investigations by various federal and state agencies.

A Georgia grand jury on July 2 indicted Miller and Savin as well as executive producer Jay Sedrish on charges of involuntary manslaughter and criminal trespass.  Miller, Savin and Sedrish have pleaded not guilty. A trial date for criminal case has been set for March 9, 2015.

In August, the U.S. Department of Labor’s Occupational Safety and Health Administration cited the Pasadena company Film Allman LLC for “one willful and one serious safety violation” for exposing employees to hazards, with proposed penalties totaling $74,900.

The film’s producers had permission to film on the surrounding property but not on the railway trestle itself, which is owned by CSX, authorities said.