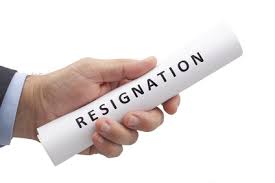 Facing almost certain firing, Jon Hendry, the longtime business agent of IATSE Local 480 in Santa Fe, has resigned amid allegations of sexual harassment. News of his resignation came today at a raucous membership meeting, which had been called to consider his ouster. The local’s president, Doug Acton, will serve as acting business agent.

“Everyone is very happy,” said a member who attended the meeting. “Good things are going to happen now that he’s gone.”

Once one of the most powerful labor leaders in New Mexico, Hendry’s precipitous downfall came just 12 days after Christa Valdez, the local’s former public relations rep, sued him for sexual harassment. Her suit, filed March 6, claims he sent her a text in 2016 that said: “Could you send me a pic of your naked, sweaty, skinny body? At least one of us will feel much better.”

Hendry “continually harassed and intimidated Ms. Valdez with sexual propositions and inappropriate conditions to maintain employment,” according to the suit, which also named Local 480 as a defendant. “The work environment was hostile, harassing, and discriminatory, through Hendry’s continual and continuing quid pro quo and unprofessional conduct toward Ms. Valdez.”

The lawsuit also accused him of “bragging frequently about how he ruined careers of people in the industry who crossed him,” and alleges that that’s just what he did to her when she complained: firing her and then, when she got a new job at a local casting company, got her fired there, too.”

Six days later – the same day he was removed as president of the New Mexico Federation of Labor AFL-CIO – a second sexual harassment suit was filed against him. Madeleine Lauve, a former employee of the local, alleged that from 2013-14, he subjected her to “discriminatory conditions, including an explicit quid pro quo for sex, to maintain and to improve her employment and to qualify for and be admitted as a labor organization member of IATSE.”

Her suit says he fired her after she refused to have sex with him anymore. “The work and labor organization environment became hostile and aggressive, and Ms. Lauve was eventually terminated from IATSE Local 480, as well as undermined on a Local 480 craft services assignment, on or about March 21, 2014, as a result of Ms. Lauve having ceased to consent to and begun to oppose Hendry’s quid pro quo.” She also named the local and its parent union, the International Alliance of Theatrical Stage Employees as defendants.

Hendry has faced a firestorm of criticism in recent days. As Deadline reported on Friday, allegations of nepotism, favoritism and conflicts of interest have long dogged Hendry, who has been accused of using his union position to reward his friends and family and to punish those who oppose him.

“He has run this local like a Mafioso,” said Robert Seymour, a former Local 480 vice president. “It’s a fiefdom. I was part of the inner circle for years, and everyone in the union knows about it. He has literally run people out of town who opposed him.”

Asked by Deadline if he wanted to make any comment, Hendry replied, “Certainly not to you.”

A watchdog group called 480 Time for Change said, “Stories are told about abuse of power, discrimination, sexual abuse, harassment, verbal abuse, bulling, unresolved grievances, job loss due to whistle-blowing, etc. in the workplace. Fear of reprisal prevents many people from sharing these stories.”

Hendry, who has ruled the local for more than 17 years, was sidelined on Wednesday. That was when Acton announced that Hendry would not be running the union’s day-to-day operations while the allegations of sexual harassment were being investigated. His resignation today makes the end of his reign official — and permanent.

Hmmm…looks like he’s taking more than a Spring Break!