First, Thanks to Brian Hamilton for his incisive editorial below. In regards to Ms. Greenwalt, as is our policy here at the Ol’ Watchdog, if she wishes to respond to Mr. Hamilton’s piece I will be more than happy to offer her equal access to this website…she only has to contact me.

Look, Although the logo is obviously well done, I’m not exactly sure what it has to do with an actor’s union.  I was thinking more in terms of a Doorman’s Union.  “Oh, Taxi!” 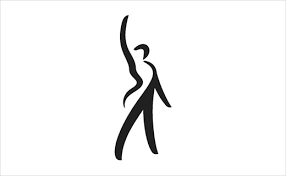 SAG-AFTRA and SoundExchange have identified nearly 2,000 union members who may have a cumulative $2.3 million in unclaimed royalties for use of their recordings from digital radio services.

SAG-AFTRA and SoundExchange announced Wednesday that funds have been identified following an extensive crosscheck between their two databases.

“A large number of those identified as potentially having royalties collected by SoundExchange on their behalf include actors and comedians, who are likely unaware they are owed money,” the union and the company said in a statement. “All members identified are receiving communications via U.S. mail and email alerting them to the waiting money, and directing them to SoundExchange’s simple (and free) online registration.”

“Royalties are an important revenue stream, not just for our recording artist members, but for all our members whose recordings are played on some type of digital platform,” said SAG-AFTRA National Executive Director David White.

SoundExchange said that since 2001, it has collected and paid out more than $2 billion in digital royalties.