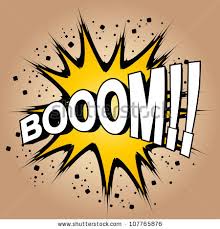 UPDATE, 3:04PM: Bravo may have today taken over control of Shahs of Sunset but the Motion Picture Editors Guild isn’t going to let them pink slip the post-production crew on the once Ryan Seacrest Productions run show without a fight – be it on the picket line or the courts. “The right to organize, including the right to strike, is enshrined in federal law,”” said IATSE Local 700 organizer Rob Callahan this afternoon. “It is an egregious violation of the law for any employer to discharge or otherwise retaliate against employees for exercising their right to organize. The Editors Guild and IATSE will aggressively defend the rights of our membership against all such violations.” The Editors Guild will have some serious defending to do, sources confirm that Bravo will definitely be taking the show non-union going forward.

Pickets Up! ‘Shahs Of Sunset’ Strike Takes To The Streets

One day after the postproduction crew of Bravo’s Shahs Of Sunset walked off the job in search of a union contract, the strikers have taken to the streets. Led by the Motion Picture Editors Guild, a 20-person strong picket line went up today in front of the Museum Square offices of Ryan Seacrest Productions. The decision to picket was made last night after the IATSE  Local 700 did not formally hear back from RSP on their request for immediate negotiations, sources say. Similar to the Guild’s successful Survivor labor action of last month, the approximately 16-post crew SoS members are primarily seeking health and pension benefits. The fourth season of Shahs of Sunset is scheduled to debut on October 13 but a prolonged strike could put that date in peril.

With chants of “No Contract, No Work” the picketers paced back and forth at the production company’s Miracle Mile location this morning. The offices of RSP are in the same building as the HQ of SAG-AFTRA, though I’m told arrangements have been made so their members and employees won’t have to cross any lines getting in and out of the Wilshire building. After the crew walked out on Wednesday, RSP told me that they have “every intention of engaging in a discussion as soon as possible.”

When that will be is still to be determined obviously.

Ah, so our SAG-AFTRA leadership and employees are sneaking into our union headquarters to avoid those unruly picketers.  One thing for sure with their agreeable negotiating skills they’ll  never have to sneak in to avoid SAG-AFTRA members with On Strike picket signs.  Shah enough?  Shah enough!

*Photo from the Deadline article.