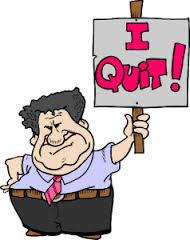 Ned Vaughn, a key architect of the SAG-AFTRA merger, has resigned as the unions exec VP and will seek a California State Assembly seat as a Republican.

Vaughn, whose acting credits date back to “China Beach” and “The Hunt for Red October,” was first elected to SAG’s Hollywood Division Board in 2008 and became SAG 1st National VP in 2010. He was a leader of the moderate Unite for Strength faction headed by SAG-AFTRA president Ken Howard that has come to dominate the board room during the past four years via a strategy of stressing the need for merger.

Vaughn opted not to seek office in the first SAG-AFTRA elections, which concluded last week, and his term as exec VP was set to expire at SAG-AFTRA’s inaugural convention on Sept. 26- 29 in Los Angeles. His duties and responsibilities will be assumed by the Secretary-Treasurer Amy Aquino until a new exec VP is elected at the convention.

Howard, who was re-elected last week over Esai Morales, said, “Ned has been a driving force behind many of our greatest successes, in particular the years-long effort to merge our two unions. There would not be a united SAG-AFTRA without his dedication and commitment. He’s a tremendous leader and I’m sorry to see him go, but wish him all the best in his new endeavor.”

Vaughn disclosed Wednesday that he is seeking the Republican nomination for the 66th District, which covers the South Bay area around Torrance. Democrat Al Muratsuchi was elected to the post last year for a two-year term.

Vaughn’s platform offered the promise that he will work for lower taxes and less regulation.

“California used to be a place where people came to seek their fortune,” he said. “Now it costs a fortune. We have the highest sales tax, gasoline tax, and personal income tax in the nation. You’d think all those taxes would pay for the very best schools in the country, but our public schools rank among the nation’s worst. And while California was once a magnet for entrepreneurs and innovators, today, over-regulation and the high cost of doing business are forcing job creators to leave our state.

Hey, maybe he can do for the state what he and his UFS/USAN pals did for our membership.    Yikes!!!!  Girls!

*Photo furnished by Watchdog  This from Deadline Hollywood:

So that’s the reason Ned Vaughn opted out of the recent SAG-AFTRA elections – he’s aiming for Sacramento. The union executive VP resigned Tuesday in anticipation of an announcement today to seek the Republican nomination for the California State Assembly’s 66th District. In fact, the actor has already added a “Ned Vaughn for California Assembly” badge to his Twitter page and has a campaign website. And the rare Republican in a heavily Democratic town has got the lingo down too. “I refuse to sit back while a complacent majority sends California down the path to mediocrity,” Vaughn says on the site about his Democratic Party rivals who hold power in the state capitol.

Before dropping out of this year’s election in the late spring, Vaughn, who joined the Hollywood board in 2008 and was elected 1stVP of SAG in 2010, was a big booster of the 2012 merger of the two unions and had been widely expected to seek the powerful EVP job at the September 26 to 29 national convention. “Ned has been a driving force behind many of our greatest successes, in particular the years-long effort to merge our two unions. There would not be a united SAG-AFTRA without his dedication and commitment. He’s a tremendous leader and I’m sorry to see him go, but wish him all the best in his new endeavor,” said newly elected solo SAG-AFTRA National President Ken Howard in a statement today. Vaughn’s duties will be taken over by the current Secretary-Treasurer until a new EVP is elected in late September, said the union today. Up until Tuesday’s announcement to SAG-AFTRA officials and staff that he was resigning, many had assumed Vaughn would eventually relent and let his name be put forth for a draft during the convention. His current term as EVP expires at the end of the September, right around the time of the convention here in LA. Despite his resignation from the executive ranks, Vaughn remains a delegate to the national convention.

Despite the easy Ronald Reagan comparisons, another faded actor who went from union leadership to the California state politics and then beyond, Vaughn won’t be walking into a sure thing in the 66th. The newly created South Bay located district, which includes parts of Manhattan Beach, Redondo Beach and Hermosa Beach, already has two other contenders for the GOP nomination, businessman Craig Huey and Nathan Mintz. Besides his union work, Vaughn has some onscreen political experience from roles in the likes of 24, Commander-In-Chief, The Newsroom and Frost/Nixon where he played a Secret Service agent assigned to another California politician.