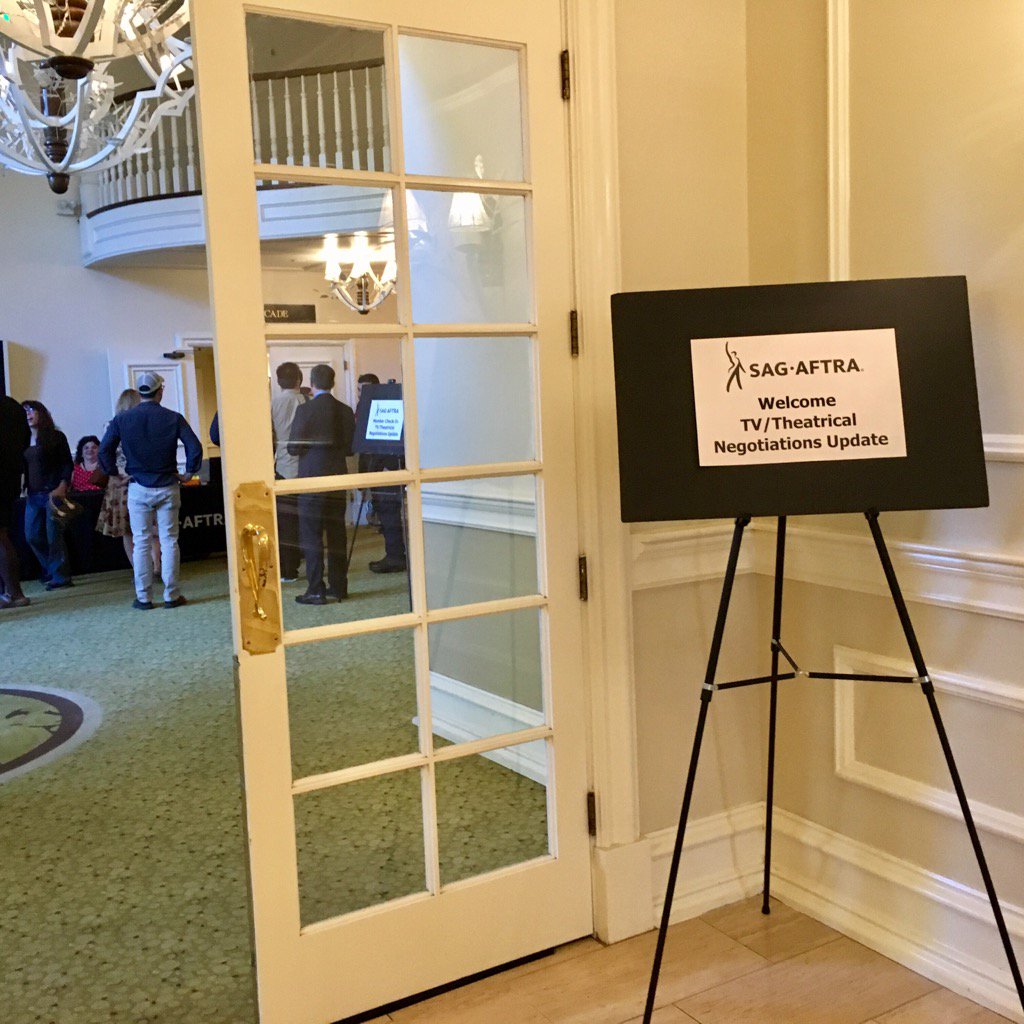 With a possible strike authorization vote in the offing, several hundred SAG-AFTRA members have attended a closed-door meeting to receive an update on contract negotiations from their leaders.

The Wednesday evening gathering, held at the Sportsmen’s Lodge in Studio City, took place with the union just two days away from the expiration of its current three-year master contract. Union president Gabrielle Carteris, who’s heading the negotiating committee, greeted members as they signed in and union staffers were taping testimonials from members supporting the strike authorization.

The turnout was impressive, given that the meeting was first announced only three days earlier — on June 25 after the national board said it would seek a strike authorization vote from its membership unless a deal is reached by June 30. The two-hour meeting broke up at about 9 p.m.

“There was nothing but unity in the room,” said one member as he left.

The performers union said in a message to members Sunday night that the Alliance of Motion Picture and Television Producers has pushed for “outrageous rollbacks” in the negotiations that began May 31.

The SAG-AFTRA constitution requires that 75% of those voting approve the strike authorization for it to be effective. The AMPTP has not responded to a request for comment.

Sources close to the negotiations told Variety that the negotiations have been achieving progress and that a deal may be within reach by the deadline. Carteris and SAG-AFTRA National Executive Director David White have said that seeking a strike authorization does not mean a strike will take place.

SAG-AFTRA has not publicly revealed the areas of disagreement and agreed with the AMPTP to conduct negotiations under a news blackout.  It’s believed that the key issues include  transportation, rules for shorter TV seasons and residual compensation for TV shows on streaming services.

“This is a time of extraordinary entertainment and media industry profits,” the union said on its web site. “Global online distributors like Netflix, and now Amazon, are expanding the market for scripted film and television across the globe. Management’s demands will mean more for less – more hours, more work, more unreimbursed travel and less opportunity for fair compensation.”

SAG-AFTRA’s move to seek a strike authorization comes two months after the Writers Guild of America took the same step and received 96% support among those voting. Negotiators reached a deal with barely an hour to go until the May 1 contract expiration deadline.

“I think seeking a strike authorization is a good negotiating tactic,” said labor expert David Smith, an Associate Professor of Economics at the Pepperdine Graziadio School of Business and Management. “I’m actually a little surprised that unions don’t use it more often.”

It’s quite possible that SAG-AFTRA and the AMPTP could go past the Friday deadline. In 2014, the performers union and the AMPTP reached an agreement following nearly two months of negotiations — and three 24-hour extensions of the contract expiration.

Thanks for the report Dave.  Go Union!!!