WGA WestW Board Elections: 15 Candidates Will Vie For Eight Seats 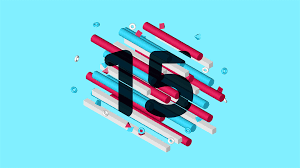 Fifteen candidates have been nominated to run for eight open seats on the WGA West’s board of directors, including incumbents Patti Carr, Jonathan Fernandez, Courtney Ellinger and former guild president Patric Verrone.

Eligible members also can run by petition by obtaining 15 member signatures in support of their candidacies. The deadline for submitting signed petitions is July 23. The guild will host its annual Candidates Night forum on August 29 at its headquarters in Los Angeles.

Guild members will receive candidate, non-candidate and rebuttal statements with their ballots prior to the election. The voting period ends on September 18. Members can vote online or by mail.

Good luck to the candidates who have done the write thing by choosing to run!