Members of SAG-AFTRA have voted overwhelmingly to ratify a new Network Television Code agreement covering nonprimetime shows on the Big 4 networks. The new three-year pact — which runs through June 30, 2018 — was approved by 96.5% of the members who cast ballots, though the union, as is its custom, would not say how many members actually voted. SAG-AFTRA President Ken Howard has called the new agreement, which the guild’s board approved in December, “a terrific deal” that achieved “significant gains.”

Related
Hollywood Unions: What’s Ahead In 2015

“I congratulate our members on ratifying this excellent agreement,” Howard, who chaired the negotiating committee, said in a statement tonight. “Our members will benefit from increased wages and overtime rates, expanded residuals and stronger protections. No matter the platform or type of work, SAG-AFTRA members working under this contract can be proud of the solid gains we achieved.”

The contract, which generates more than $200 million a year in earnings for performers, covers soap operas, game shows, reality shows, talk shows, morning news shows, dramas in first-run syndication, variety shows and programming produced for digital media. Current programs covered by this contract include The Price Is Right, Saturday Night Live, The View, The Young And The Restless, Dancing With The Stars, The Voice, The Amazing Race, Good Morning America, Nightline, Late Night With David Letterman, among many others.

Highlights of the new contract include:

Hmmm…They seemed to have forgotten to mention what percentage of the eligible membership voted.  Oh, well probably just an oversight.  You think?

L.A. Unplugged: Did Teamsters Foil Plan To Bring Power To The Movie People? 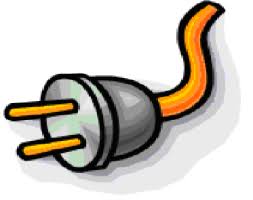 A top official at the Los Angeles Department of Water and Power says a relatively inexpensive city effort to make filming in the city easier might have flopped because of interference from local Teamsters fearful of losing their jobs.

Four years ago the DWP spent $300,000 installing power nodes at three busy L.A. filming locations. Like giant electrical sockets, the nodes were designed to save production companies the cost of renting expensive, exhaust-spewing diesel generators to run their lights and equipment.

But the nodes have gone mostly unused. What began as a pilot project to ring the city with low-cost power sources to help the film and TV industry now has been abandoned. And a top DWP official says he was told that the power nodes aren’t being used because doing so jeopardized jobs for Hollywood’s Teamsters.

“We did this to try to help the film industry,” Patrick Findley, the DWP’s Director of Security Services and Emergency Management, told Deadline. “Instead of running a generator, they can run their cables into what is like a giant electrical socket. But nobody is using them, so we’re not going to put in more. It wouldn’t be prudent to spend anymore rate-payers’ money doing something that’s not doing any good.”

Asked why the power nodes aren’t being used, Findley — a former Hollywood Division LAPD captain — said he doesn’t know for sure but was told it’s because using them “puts union drivers who run the generators out of jobs. A production rep took me aside and said, ‘Here’s the deal: We’ve heard that if we utilize those, the union driver, the guy who runs the generator, will be put out of a job.’”

The question of expanding the power nodes came up during an April hearing of the City Council’s Ad Hoc Committee on Film and TV Production Jobs. Asked about what progress has been made to provide more power nodes for use by the industry, DWP chief Marcie Edwards wrote back to the committee in May that “LADWP installed five power nodes in 2010. Two were located at City Hall, two at LADWP’s headquarters building, and one at the Old Zoo at Griffith Park. These were installed with collaboration from the studios, the power rental companies, and Film LA. To our knowledge, they have only been used twice for filming for all sites combined. The power node at the Old Zoo has been used on a regular basis by theatrical groups such as Shakespeare in the Park and the Haunted Hayride. This is not a model to repeat because the power is not where the filming is located.”

The Mayor’s Office of Economic and Workforce Development touts the power nodes on its website. Using the nodes, it says, “reduces greenhouse gas emissions, production costs and intrusion in the general public’s right of way. And it’s just one way we’re making a commitment to our signature industry.”

Too bad it’s a bust. Had the plugs been used, there might be more around the city, which could have made L.A. an even more attractive place to film — in the long run, creating more jobs, even for Teamsters.

There you go again,  Proof Positive it’s all the fault of those damn unions!  Power to the Producers!  Woof!  Woof!