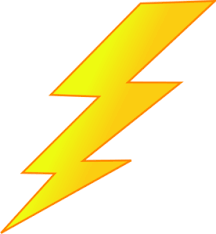 “My fellow writers, some commentators have termed this episode a ‘major embarrassment’ for a now ‘weakened’ guild. I do not,” said Holland, who had been VP, in a letter sent over the weekend to 8,000 members. “I see it as an affirmation that our rules apply equally to all. And that, above all, writers are men and women of courage. The courage to face the blank page, the courage to bet their lives on their pens, the courage to face the truth about themselves and their guild.”

Riskin’s departure, which came Jan. 6 after a 13-hour board meeting, was triggered due to findings by investigator William Gould IV that she was ineligible to hold the office because she was not an active member when she sought re-election last summer. Gould said Riskin’s membership lapsed June 30 because she hadn’t generated earnings from writing in the previous four years.

“I write this letter not just to tell you what happened, but to assure you that this guild, this board and this president is not embarrassed and is strengthened rather than weakened,” Holland said. “We are strengthened with new opportunity, to look forward, to renew ourselves, to recharge our batteries… . to seek a new path and run the hell down it.”

Riskin has blamed the WGA West staff for allegedly misleading her as she scrambled to regain her eligibility a few weeks before the June 30 deadline, receiving $3,895 for optioning a remake of “Magic Town,” a 1947 film by her father, Robert Riskin. Though she said at the time that she would start writing immediately, she didn’t begin until November and was paid $8,456 on Dec. 12.

Gould was unswayed, finding that option payments don’t count as earnings, and the December payment could only be credited to the fourth quarter. While disputing those findings, Riskin has asserted she didn’t want the issue to remain a distraction with negotiations looming.

“The plain language of the constitution dictates that, under the circumstances, Victoria Riskin was not eligible to run for office, thus creating a vacancy in the office of the president,” he said. “The constitution further expressly provides for the immediate succession of the vice president if ever such a vacancy should occur. That’s it. That’s what happened.”

The WGA is facing what are expected to be tough negotiations in the coming months with studios and nets prior to the May 2 contract expiration. The guild will announce this week the voting results on its “pattern of demands,” which emphasized the need to improve DVD residuals, healthcare benefits and jurisdiction over reality TV and animation.

No date has been set yet for launching negotiations.

The word that we get is that Mr. Holland is a good, hard-nosed negotiator! Let’s hope he and his WGA colleges are successful especially in milking that DVD Cash Cow! Realizing of course that they should leave their SAG brethren some of the cream!

Well, I guess we’ve milked that one for all we’re gonna get!  But, but but that was a big story January a decade ago!