Update!!! BREAKING NEWS!!! The Ol’ Dog just heard who else may be running for SAG-AFTRA President.

Update!!! Variety’s McNary is all over this story!  See article Below!

A Little Birdie told me

Hmmm….so, it was just reported to the Ol’ Dog that one celebrity was out in front of Central collecting signatures to run for SAG-AFTRA President.  You know, at Central they have twice monthly visiting days and a number of potential candidates for union office go there to collect petition signatures, and or to campaign during election periods–not sure if he was collecting for local, or National office.  Remember, you heard it first here!!!  Woof! Woof 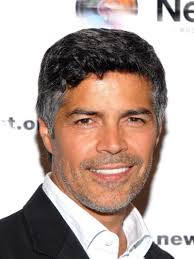 Esai Morales is taking on Ken Howard for the presidency of SAG-AFTRA as the head of a revived Membership First slate.

Morales, a Screen Actors Guild national board member best known for his role in “NYPD Blue,” was in the process of gathering signatures for his nominating petition this week. Jane Austin is seeking the sectretary-treasurer slot as part of the slate.

Deadline for submissions is Friday.

Variety first reported Thursday that Howard would seek a two-year term as president of the year-old performers union, which will hold its first election in July and August.

Howard and Roberta Reardon have been co-presidents of SAG-AFTRA since March, 2012, when members approved the merger of the Screen Actors Guild and the American Federation of Television and Radio Artists.

Ballots for the national, Los Angeles and New York elections will go out July 16 with an Aug. 15 deadline for receipt of ballots. Those contests will determine the president, secretary-treasurer and most board members; an exec VP and seven other VPs will be elected at the first SAG-AFTRA convention in late September.

The self-styled progressive in the Membership First faction did not enter a slate in the final SAG election in 2011 after being defeated convincingly by the self-described moderates of Unite for Strength, who had avidly pursued merger. Membership First lost all 13 of their open seats on the 71-member national board in 2010, including Morales, Valerie Harper, Frances Fisher, Nancy Sinatra and former SAG prexy Alan Rosenberg.

Membership First, which strongly opposed merger votes in 1999, 2003 and last year, opposed the merger on the grounds that it would take away SAG’s unique character as an actors union. It asserted during the campaigns that it would support a merger only if it excluded AFTRA’s broadcasters, journalists and recording artists.