More than 90 members of the Casting Society of America have signed an open letter decrying the LA City Attorney’s “misguided” prosecution of the operators of five local casting workshops – and 18 casting directors – accused of charging actors for auditions in violation of the state’s Talent Scam Prevention Act of 2009. If convicted of the misdemeanor, each could face up to a year in jail and a $10,000 fine.

The City Attorney brought the charges in February, and in March, Bradley Sachs, owner of the Actor’s Alley casting workshop, pleaded no contest to one count of charging actors for an audition or employment opportunity, a violation of the California Labor Code. Sachs was placed on 36 months probation and had to pay for the cost of the investigation – which included an actor working undercover.

Saying in their letter that the Los Angeles City Attorney’s efforts in the case are “misguided,” and that his office “does not understand the workshop or actor training industry,” the signers insisted that “These casting professionals are honest, hard-working people, who do not deserve to be treated as criminals.”

They also claim that a fair and speedy trial of their accused colleagues “has seemingly been stalled through unfair delays by the City Attorney.”

Here’s their letter in full, signed by 90 members of the CSA.

You may be aware of the ongoing criminal cases brought against Casting Directors and Associates by the Los Angeles City Attorney. The following is the response of the Casting Community.

Casting Directors and Associates have always been and will continue to be advocates and champions for actors. An actor’s success is our success.

Casting professionals have first-hand knowledge as to what it takes for an actor to be successful at auditions. Many Casting Directors and Associates choose to work with actors outside of the office, teaching the skills unique to the audition process. Some offer private coaching, some teach ongoing acting classes, and some conduct workshops and seminars to bridge the gap between learning acting technique and the real-world tools needed to succeed.

The educational purpose of workshops has been clearly delineated to actors and casting professionals for years. Workshops are not an audition or employment opportunity. As teachers and advisors, Casting Directors and Associates provide a wide range of valuable expertise that is not available through traditional academic training.

The Los Angeles City Attorney’s office does not understand the workshop or actor training industry as evidenced by their actions over the last six months. While we would normally support any endeavor to protect actors, it has become clear after learning more about the cases brought against respected and honorable casting professionals that the City Attorney’s attempt at protecting actors is misguided.

We believe that our casting colleagues are innocent and deserve the opportunity to a fair and speedy trial, which has seemingly been stalled through unfair delays by the City Attorney. These casting professionals are honest, hard-working people, who do not deserve to be treated as criminals. It is the actor’s right to freely choose how to get professional advice from those who work in the field. Distorting that educational interaction into a crime is wrong.

As members of the casting community and the entertainment industry, we stand in support and solidarity with our friends and colleagues. We hope for a swift end to their trials and to the restoration of their good names.

Holy mackerel! If you didn’t know better, you’d think there are some out there who want an unrestricted license to cast for some poor unsuspecting Fish! 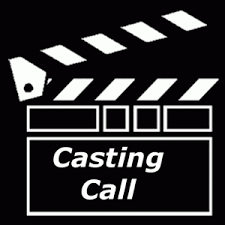 Will SAG-AFTRA declare war on the Casting Society of America? Esai Morales hinted at a possible showdown with the casting directors’ organization if elected president in the union’s upcoming election.

Morales jumped into the presidential race earlier this month but faces an uphill battle to unseat Ken Howard, currently SAG-AFTRA co-president with Roberta Reardon. In an interview with Backstage, Morales said SAG-AFTRA’s leadership has ignored the “abuse” suffered by background actors, who frequently pay steep fees for casting-director workshops.

“They make you pay to sit in a room with a bunch of other people to get close to a casting director, and there’s no guarantee of work,” said Morales.

As part of a “broad outreach program,” Morales, a Los Angeles Local SAG-AFTRA board member, said he would pressure the CSA to better regulate casting director workshops and would coordinate with the Los Angeles City Attorney’s Office on enforcement.

“It’s against the law, what is being practiced right now,” he said. “We want to know why that isn’t being addressed.”

Deputy City Attorney Mark Lambert has sent warning letters to casting directors stating they could be aiding and abetting violations of the 2009 Krekorian Talent Scam Prevention Act by participating in workshops that operate as paid auditions.

“Workshops, when taught in accordance with the California State Workshop guidelines provide valuable instruction to actors,” the CSA said in a written statement. “They allow actors an opportunity to hone their audition skills with the guidance of qualified professionals. Sections of the guidelines were created to allow actors to become educated consumers when considering taking workshop classes by posting the names and credits of the professionals teaching them.”

Morales, who is running on the MembershipFirst slate, said the union has a duty to help protect the “very vulnerable” parts of its membership.

SAG-AFTRA has yet to release an official list of candidates, but Morales is expected to be joined on the 17-strong MembershipFirst slate by secretary treasurer candidate Jane Austin and national board candidates including Joe d’Angerio, Joanna Cassidy, Wings Hauser, George Coe, Patricia Richardson, and Martin Sheen.

If elected, Morales said he would give background performers a guaranteed seat on the national board. “If the background community can’t get protection from predatory practices, what are they getting in return for their loyal contributions?”

Morales also said he’s “open” to changing the rules governing how actors join the union, something Howard told Backstage he opposed. “We could possibly explore ways of making it easier to join our union to make it more difficult for others to break our resolve,” Morales said.

Still, he added, that doesn’t mean having an “open door policy.”

“We don’t want to see the abuses of the past where people who weren’t actors were joining our union basically to siphon off our incredible, world-renowned P&H [pension and health plans],” he said.

Howard has touted the success of last year’s merger between Screen Actors Guild and the American Federation of Television and Radio Artists, which formed the current union, and the recent commercials contracts negotiations as a basis for his reelection. Moreover, he says that continuity is important to the union’s leadership election with the TV/theatrical contract negotiations with the Alliance of Motion Picture and Television Producers next spring. “It would be tough changing horses and bringing in somebody to deal with all that,” Howard said in a recent interview.