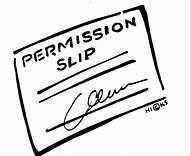 This from SAG-AFTRA Website:
SAG-AFTRA and the JPC Release FAQs on the Low Budget Digital Waiver
October 27, 2017, 4:10pm

SAG-AFTRA and the JPC recently released the Commercials Low Budget Digital Waiver. This waiver creates more work for professional performers like you, and provides opportunities for ad agencies to retain clients for low budget digital projects. We’ve received inquiries about this waiver and thought it would be good to address them with a jointly issued Frequently Asked Questions:

If you have a budget under $50,000, the Commercial Low Budget Digital Waiver allows people to hire the best talent for Internet and New Media Commercials. There are no set rates and all principal and extra rates are negotiable.

Q: What is the effective date of the waiver?
A: Immediately.

Q: Is Producer required to get permission from the union in advance before using
this waiver or provide a final edit to the union for review?
A: No advance approval is required. Go produce! And it is not necessary to send in a copy of the commercial, although the union may request one if a claim is filed.

Q: Can the waiver be used for television commercials?
A: No, the waiver is only for commercials made for Internet and/or New Media.

Q: Can the waiver be used for audio commercials?
A: No, the waiver only applies to the SAG-AFTRA Commercials Contract.

Q: What if I am producing multiple Internet/New Media commercials and my total
budget exceeds $50,000?
A: The $50,000 budget is per commercial.

Example 1: A Producer is shooting two (2) Internet commercials over the course of two (2) days with a total budget of $100,000. The production would qualify for the waiver because the cost per commercial is within the $50,000 budget.

Example 2: A Producer is shooting five (5) New Media commercials in one day with a total budget of $150,000. The production would qualify for the waiver because the cost per commercial is within the $50,000 budget.

Q: Should producers use the SAG-AFTRA Commercials Contract standard
employment agreement (i.e., A-1 or A-2)?
A: Yes, please continue to use the standard A-1 and A-2s for production and note the negotiated fees in the Special Provisions portion of the form.

Q: What does the Preference provision of the waiver mean?
A: The goal of the bargaining parties in establishing the waiver is to increase the employment of professional performers in Internet/New Media commercials while also providing relief to signatory advertisers and advertising agencies. That being said, the union recognizes that in some instances (e.g., because of production location or costs) it may be difficult to hire professional performers. As a result, a Producer is permitted to hire non-professional performers, and will not be fined for Preference of Employment or Union Security. The Producer must, however, file a Taft-Hartley for each of the non-union performers.

Q: If a commercial produced under this waiver airs beyond the 1-year-use-period
on a site other than a social media platform, is Producer required to negotiate
with the performers for this use?
A: Yes.

Q: When, exactly, should notification be made to performers or their agents that
this job is subject to the waiver?
A: For principal performers, this information should be in the casting breakdown or stated to performer/performer’s agent prior to receiving an audition call time. Extra performers must be informed prior to booking the job.

I don’t know if I’ve put my finger on it, this is just a hunch on  the Ol’ Dog’s part but I’m guessing that after a lot of V/O folks read the above,  it will be greeted with a Digital response!

*Headline Photo selected by the Watchdog