SAG-AFTRA is excited to announce the new Corporate/Educational and Non-Broadcast Waiver for Print-Only Campaigns. 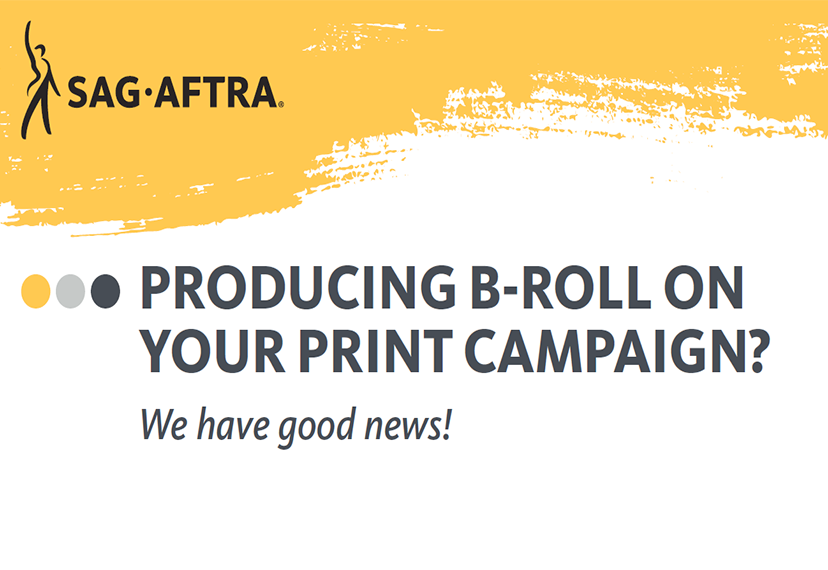 SAG-AFTRA is excited to announce the new Corporate/Educational and Non-Broadcast Waiver for Print-Only Campaigns.

We know over the past several years it has been difficult for you to be engaged on print-only shoots due to the trend of filming behind-the scenes/b-roll footage. We appreciate your commitment to the Union. We heard you and in response have developed a behind-the-scenes footage waiver that allows for coverage and payment only for professional performers on print-only shoots.

The waiver may be signed for one production only; the signing company is not committing to the Co/Ed Contract other than for the specific project identified on the Letter of Adherence. The signatory could be anyone connected with the shoot ex: advertiser, ad agency, production company, producer, payroll company. You can even bring the one page document to set!

Click here for a flyer describing the terms of the waiver and a sample of the Letter of Adherence that a company would need to complete.

Ah, Okay.  As usual we are continuing our unwavering coverage…ah, again…even on waivering!