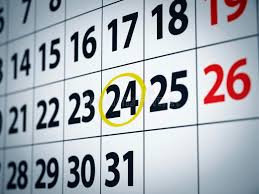 CREDIT: Courtesy of IATSE
The West Coast members of the Intl. Alliance of Theatrical Employees — Hollywood’s key below-the-line union — will return to the bargaining table on July 24 after a four-week hiatus, a source close to the talks told Variety.

IASTE has held two rounds of negotiations with the Alliance of Motion Picture and Television Producers, one in early April and the most recent on June 26-29. The negotiations are for a successor deal to the current three-year master contract covering 13 Hollywood locals, including Cinematographers Guild Local 600, Editors Guild Local 700, and Art Directors Guild Local 800. In total, the contract covers more than 25,000 employees.
The current deal expires on July 31, so the talks would resume a week before that. A source told Variety that talks have included continued funding for the union’s pension plan and safety issues.

The AMPTP did not respond to a request for comment. The issue of long hours is part of the negotiations. The issue has been highlighted by the 1997 death of camera assistant Brent Hershman, who was killed in a traffic accident on his way home from a 19-hour day on the set of “Pleasantville,” and the 2014 death of transportation driver Gary Joe Tuckman, who died after falling asleep at the wheel after working an 18-hour day on the set of “Longmire.”

In 2015, the West Coast unions reached the current deal with the AMPTP with annual wage and pension increases; no cuts or increased costs to the participants of the health plan; and “substantial imhttps://variety.com/provements” in working conditions for new media productions.

And the Hits just keep hitting