The Writers Guild of America and Hollywood’s production companies have agreed to recess contract talks for two weeks until March 4.

“The parties have agreed to a temporary recess for scheduling reasons,” the bare-bones announcement said. “Negotiations will resume on March 4th. Neither the Guilds nor the AMPTP will be commenting further at this time.”

Saturday’s joint announcement is a sign that the two sides are likely to reach a deal prior to the expiration of the current WGA contract on May 1. It came after two weeks of negotiations, which began on Feb. 3 at the headquarters of the Alliance of Motion Pictures and Television Producers in Sherman Oaks.

A few days before the talks, WGA leaders had launched a salvo at the AMPTP, telling their 12,000 members that the companies had proposed $60 million in rollbacks. Neither side has commented since then until Saturday’s announcement about the recess in talks.

The WGA’s Jan. 30 attack on the AMPTP offered a sharp contrast with the below-the-radar style of the Directors Guild of America, which concluded a three-year deal with the companies in November.

The WGA’s negotiating committee co-chairs Billy Ray (“Captain Phillips”) and Chip Johannessen (“Homeland”) alleged in a letter to members that the companies had proposed a $32 million cut in pension and health contributions and an $11 million reduction in screenplay minimums over the three-year term of the successor deal.

The AMPTP has still not responded to the missive. Ray and Johannessen explained in the letter that the companies were proposing the cuts at a time when profits have soared for the AMPTP member companies and reiterated that the key goal of WGA leaders would be to hike compensation for writers on cable shows in order to achieve parity with those on primetime network shows.

Gains in the DGA deal include an annual 3% wage increase; increased residuals bases; significant improvements in basic cable; the establishment, for the first time, of minimum terms and conditions for high-budget new media made for subscription video-on-demand such as Netflix; and establishment of a formal diversity program at every major TV studio.

The WGA staged a bitter 100-day strike in 2007-08. WGA leaders have asserted that the resulting contract achieved the key goal of providing for coverage of work in new media and compensation for re-use on new-media platforms.

“We can’t ignore the growth in cable and the profitability in new media has been good for the companies and good for us,” WGA West president Christopher Keyser told Variety last month. “It’s proof that what we fought for in the strike turned out to be fruitful.”

During negotiations in 2011, WGA largely eschewed public comment about the negotiations and — as with the DGA, SAG and AFTRA deals — achieved a 2% hike in minimums and a 1.5% increase in employer contributions to the pension and health plans. Concessions included a freeze on primetime residuals and the end of first-class air travel to sets less than 1,000 miles away. 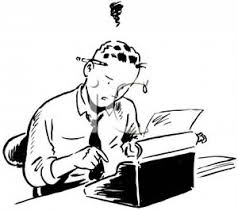