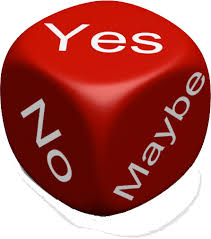 White sent a message to members of the performers union’s national board, acknowledging that he had discussed the job switch with SAG-AFTRA President Ken Howard.

“I recognize that this news and possible transition will prove challenging for all of us,” White said. “I ask that you keep a couple of things in mind as we move through the days and weeks ahead. First, it is premature to assume that news about my candidacy is equivalent to news about my being hired: No decision has yet been made and no official timeline has been set for such a decision.”

White also indicated that SAG-AFTRA would not be hurt should he depart. He alluded to upcoming negotiations on a successor deal to the union’s current three-year master contract with production companies, which expires June 30.

“It is important to remember that unions are about the collective, not about any particular individual, and that SAG-AFTRA has emerged over these past two years in an operationally and financially strong position as a result of the collective work of our members and staff,” White said. “Our preparation for upcoming negotiations will continue as fully and completely as before, and the day-to-day support for our incredibly diverse and talented membership will continue unabated.”

SAG-AFTRA has made no public comment about White’s possible departure. Yahoo Sports reported Friday that White had emerged as a front-runner to fill the slot vacated a year ago when the players union’s executive committee voted unanimously to fire Billy Hunter.

“I will keep our leadership apprised as things develop,” White said in conclusion. “As always, it is important to remember that any information that we read in the press may be inaccurate and should be considered speculative until news is reported to you through official channels.  And, as always, I am happy to speak with any of you should you wish to talk in person.”

Hunter was ousted as the NBPA’s exec director a year ago in the wake of revelations that his business practices were being investigated by three government agencies. Hunter sued the NBPA, Derek Fisher and Jamie Wior, Fisher’s publicist and business partner, last May for compensation and damages.

White became the interim national exec director of SAG in 2009 after the SAG board ousted Doug Allen, a former NFL player, amid frustration over Allen’s failure to reach a deal on SAG’s master contract with production companies.

White successfully pushed for merging SAG with AFTRA in 2012. He was given a three-year contract extension in late 2011 and SAG-AFTRA’s LM-2 filing with the U.S. Dept. of Labor showed that White received a salary of $541,040 plus $34,755 in expenses for the fiscal year ended March 31.

White served as SAG’s general counsel from 2002-06 before becoming managing principal of Los Angeles-based Entertainment Strategies Group. He was a labor and employment attorney at O’Melveny & Myers before joining SAG in 2002.
—–
So it seems the Court is still undecided.