WGA-AMPTP Talks Off Again Until April 25!

UPDATE – 10: 28 PM: Following the news that the WGA–AMPTP talks would resume until next week, the WGA Negotiating Committee Co-Chairs Chip Johannessen, Chris Keyser and Billy Ray released the following statement.

“After concluding today’s bargaining session, the WGA and the AMPTP agreed to resume negotiations on Tuesday, April 25, 2017, and have released a joint statement to the press announcing the schedule.

We ask for your continued support as we conduct the Strike Authorization Vote to give us the leverage we need to speak for a strong and unified Guild when we return to the table.

PREVIOUS – 6: 51 PM: Negotiations for a new WGA film and TV contract have recessed for another week, and will resume next Tuesday. “The WGA and the AMPTP have agreed to resume negotiations on Tuesday, April 25, 2017,” they said in a joint statement today.

This marks the second break in negotiations since contract talks began March 13, which stalled after two weeks with each side accusing the other of walking away from the bargaining table. Talks resumed last Monday, and recessed again for the Good Friday holiday.

A source close to the talks told Deadline late last week that “things were not going well” and there were a lot of “recrimination” across the table.

The WGA West and WGA East will begin polling members for strike authorization beginning tomorrow. The guilds’ current contract expires at midnight May 1.

Not Going Well!  Gosh who would of guessed?

WGA West exec director David Young will be the chief negotiator for the guild. The WGA did not disclose when it will launch contract negotiations with the studios on a new master contract. The current three-year deal expires on May 1.

Negotiations with the Directors Guild of America and the Alliance of Motion Picture and Television Producers will launch Dec. 5. The DGA deal expires June 30. SAG-AFTRA’s deal also expires June 30.

The WGA and the AMPTP — which serves as the bargaining arm for production companies — had no comment as to details of the talks. It’s the second consecutive time that Ray (“Captain Phillips,” “The Hunger Games”) and Johannessen (an executive producer on “Homeland”) have been co-chairs of the negotiating committee.

Keyser served two two-year terms as WGA West president before being termed out last year. Ray was also co-chair for the 2010-11 negotiations.

During the 2014 negotiations, leaders of the WGA placed a premium on hiking compensation for cable shows. The contract negotiations will take place nine years after the raucous 100-day WGA strike shook Hollywood to the core.

Want to read more articles like this one? SUBSCRIBE TO VARIETY TODAY.
_
It’s always great to have the best on Tap!   Hmmm…which reminds me a nice cold one would go real well right now!  Bye!
Arl
The Ol’ SAG Watchdog
*Photo selected by WEatchdog

Leaders of the Writers Guild of America have asked members to ratify a new three-year master contract during the next three weeks. The move comes following approval by the WGA West board and the WGA East Council. Unlike the 100-day strike in 2007-08, the deal was reached with a minimum of squabbling between the guild and the producers.

“This year, ballots may be cast online, by mail (for those requesting a paper ballot) or at membership meetings in New York and Los Angeles on April 29, 2014,” said WGA West president Chris Keyser and WGA East president Michael Winship in an email to members.

The deadline for voting is two days before the the union’s current contract expires on May 1.

The tentative three-year deal with the Alliance of Motion Picture and Television Producers was reached April 2 following two days of talks over the options and exclusivity requirements for TV writers. The other issues had been settled as of the first week of March.

The new deal also includes a 3% annual wage increase; 5% annual increases in script minimums for hour-long dramatic basic cable rates; a 0.5% increase in the contribution to the pension fund; higher payments for ad-supported online streaming; and a reduced free streaming window from 17 days to seven days for the first seven episodes of a series.

This has got to be the only time these guys and gals come up with nothing but an “X” and still feel good about themselves.

WGA to Crack Down on Late Payments! 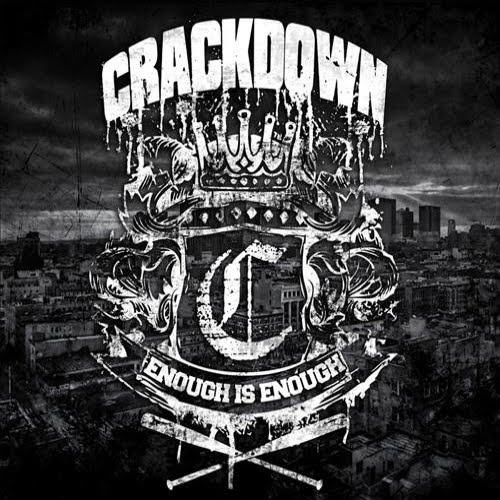 Union will track failure to pay on time

The Writers Guild of America West is teaming with its franchised agents on a joint project to address what the guild calls the “chronic” problem of late payment to screenwriters.

The move was announced in a message to the 8,000 WGA West members from exec director David Young and president Chris Keyser.

“The goal is to change the culture of late pay that persists in Hollywood,” the duo said. “Initially, this program will be limited to delivery of literary material for features; if it’s a success we may broaden its application.”

The missive explained that the guild’s master contract requires payment to the writer within seven days after delivery of literary material.

“Because of this contractual requirement, writers should not have to wait for their paychecks for any reason,” Young and Keyser said.

The Alliance of Motion Picture and Television Producers — which serves as the bargaining arm for production companies — did not immediately respond to a request for comment.

The initiative calls for the Association of Talent Agents to work with the WGA West in requesting that the ATA members voluntarily provide notice to the guild when screenwriters deliver their scripts by copying the guild on invoices, completing a “script delivery notice” form available on the guild’s website or emailing the guild.

Once the guild has received delivery information from an agent, it will track whether the writer has been paid on time — and if payment is late, a guild representative will contact the company to demand the payment, including accrued interest.

“Our intent with this initiative is to systematically track all theatrical script deliveries and payments, thereby eliminating the possibility that an individual member or agency can be singled out by employers,” Young and Keyser said. “WGA West screenwriter members may opt out of this new program by specifically instructing their agents not to inform the guild when they are paid late for delivery of literary material. However, we strongly urge all members to participate. When we stick together we have the greatest power to promote change and enforce timely payment.”

The duo also noted that late pay was one of the key sources of discontent identified in the WGA’s 2012 Screen Survey. “With this initiative, we hope that we have taken an important step to make it a thing of the past,” they said.

A total of 72% of respondents said that their experience with major studios had worsened in recent years while 18% said it had stayed the same and 7% said it had improved; 70% reported that they had been asked “frequently” for free rewrites by the majors during 2011. The survey also revealed that 48% were frequently asked by the majors to participate in “sweepstakes” pitching or bake-offs.

Additionally, late payments were a frequent problem for 39% of respondents. Pre-writes and idea theft were both identified as frequent problems by 37% of the writers surveyed.

The survey also showed that 54% of respondents were asked by the majors to work before being paid for commencement of writing while that figure was 45% for work for the smaller studios.

The WGA has not yet set the start of negotiations with the AMPTP on a successor deal to its current master contract, which expires May 1.

Hmmm…it’s seems the WGA is saying “Late payments should no longer be a Write Of Passage for Professional Writers!”