UPDATE!!! Credit Expansion Is A Matter Of How Much Not If! 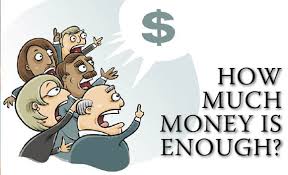 Eric Garcetti said today that there will be an expansion of California’s $100 million Film and TV Tax Credit Program, it is only a question of how much it will be. The remark from the LA Mayor this afternoon came after Garcetti and several other California Mayors met with Gov. Jerry Brown and other state politicians in Sacramento. The current thinking, as Deadline reported last week, is that the program will be upped to around $400 million. That will likely happen before or during a hearing of the state Senate Appropriations committee on  the widely supported and multi-sponsored Film and Television Job Creation and Retention Act. If the Act gets the blessing of the Senator Kevin de Leon chaired committee, it will go to the Senate floor for a full vote and then to Brown’s desk for his signature. Garcetti has been a vocal and active supporter of halting runaway production out of the home of Hollywood and encouraging filming in the Golden State.

UPDATE, 1:30  PM: The state Senate Appropriations committee has just unanimously passed an expansion of California’s $100 million Film and TV Tax Credit Program to $400 million. The expansion will also or sure see the end of the current lottery system that determines who gets the incentives. “The amendments will replace the currently flawed and arbitrary lottery system with a more competitive and accountable system,” said incoming Senate President Pro Tem and Appropriations Committee chair Kevin de Leon today. “Applicants will be ranked according to the net new jobs created and overall positive economic impact for the entire state,” he added. Sources tell me that the final number as well as the eradication of the lottery was worked out in negotiations last night. Hoping to expend the program to 2022 and make pics with budgets over $75 million and network pilots eligible, the Film and Television Job Creation and Retention Act now goes to the Senate floor for a full vote. It then goes to Gov. Jerry Brown for his signature. See statements from California lawmakers, guilds and others in response to the vote at the bottom of this post.