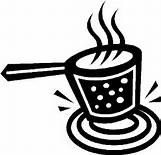 UPDATED: A Bravo executive testifying today in the trial of four Boston Teamsters accused of trying to extort no-show jobs from the Top Chef TV show told the jury that he offered to pay the Teamsters double “to go away” but that their union refused, demanding instead that the show’s production company sign a legitimate contract for their services.

The testimony, coming from a key prosecution witness, was a major blow to the government’s claim that the defendants — all members of Boston Teamsters Local 25 — were trying to shake down the show’s producers for no-show jobs.

The union, however, “rejected that,” he said. “They wanted to be paid under a legitimate collective bargaining agreement.”

The indictment claims that the defendants sought “money to be paid as wages for imposed, unwanted and unnecessary and superfluous services” and that they engaged in the “wrongful use of actual and threatened force, violence, and fear of economic and physical harm” to achieve their goal.

“I knew they wanted to get into reality television,” he said.

The case against Local 25 Teamsters Daniel Redmond, Robert Cafarelli, Michael Ross and John Fidler stem from a June 2014 incident at the Steel & Rye restaurant in the Boston suburb of Milton in which the union members had a three-hour standoff with Top Chef crew that was filming an episode of the reality competition show there. The men rained down verbal insults, slurs and threats, including one Teamster allegedly saying of show host Padma Lakshmi: “That’s the pretty one. We want to smash her face in.”

Lakshmi initially was supposed to testify today, but her time on the stand has been pushed to next week.

As three more witnesses testified today — and as several others have previously — the show’s cast and crew were afraid that the Teamsters were going to harm them during a labor dispute.

“It felt like I was being attacked,” said Jennifer Levy, a former Bravo executive who showed up on the set that day. As she tried to cross their picket line, she said, the men shouted at her, “You f*cking scumbag! You going to work today, you f*cking scab scumbag?”

Under cross-examination, however, she acknowledged that “no one touched me.”

Jennifer Busch, a line producer on the show, said the Teamsters were “yelling racial and derogatory terms” including “faggot” and “c*nt,” but said that the only physical contact she witnessed on the picket line between the vastly outnumbered Teamsters and the show’s crew were “chest or belly bumping.”

Another producer on the show, Justin Rae Barnes, said the defendants were “really aggressive, yelling in our faces. … I was scared to death, to be honest,” she said. Several members of the crew were taking photos of the encounter, but she said she didn’t take any pictures “because I didn’t want to die that day.”

A Milton police officer present on the scene did “nothing,” she said. “He was standing on the sidelines watching it all go down. He was like a wall, doing nothing, watching us getting harassed all day long. It was really upsetting.”

No one was injured during the three-hour labor dispute, and no complaints were lodged with the police.

All four defendant have pleaded not guilty in the extortion trial. Mark Harrington, the local’s former secretary-treasurer, pleaded guilty to the same charges in December and is serving six months of home confinement and two years of probation. He’s also been ordered to pay a $10,000 fine and restitution of $24,000.

Hmmm…just a thought:  If you happen to be in the vicinity when anything like this is coming to a boil…I wouldn’t quip “What’s Cookin’?”

*Headline Photo selected by the Watchdog