A Heads-up to Union V/O Actors! 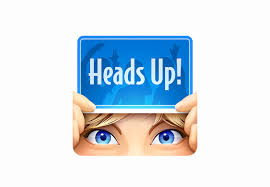 So this is an awkward as well as distressing post. Take from it what you will. I certainly cannot tell anyone what to do when it comes to your career. But I just have to give my 2 cents. And know this is just coming from me, and in no way am I speaking on behalf of the union or any union committee. This is a tad long, but please take the time to read.

There’s an audition going around which for some may be due today. It’s for a new online Woody Woodpecker cartoon. They are offering $500 per episode. THIS IS ALMOST 50% LESS THAN TV/BASIC CABLE ANIMATION SCALE!

How can they do this? Well, because when it comes to the union new media contract, they can pay us anything they want as long as we say yes.

I am beyond in the trenches in our vo industry, both the union and non union community. The non union actor, and in particular their agents, have been aggressively fighting lowball offers. Those agents have banned together, refusing to even offer their talent auditions they feel will only perpetuate the bottom feeding of the vo industry. They know that the only way to fight this is to take a stand. And, they have been beyond successful! Often they are more organized than we are.

I told my agent I will not read for this WW cartoon. I know it only takes one person to say yes and ruin the fight for everyone. And again, I cannot tell anyone what to do. But I also cannot perpetuate this trend.

I predict these fees will only get worse and worse if we, the actors, do not take a stand. New media is the wild west. I know many will feel this WW cartoon, at any price, is a great opportunity. From a career standpoint, perhaps it is. It certainly gives the opportunity to work on a classic franchise and develop new relationships with other creatives. But it will be done at the expense of your fellow actors, and it will continue the erosion of what we have always considered fair/scale animation wages.

The argument I’ve heard in favor of this rate is that this is “just for 5 minute YouTube shorts.” Do you realize how huge this audience is? Gang, 30 years ago when our animation community tried to fight cable animation rates, which were a fraction of what we got with network Saturday morning animation, we were told, “this is just for cable, not for network” which was their way to pacify us as we will still get network residuals on Saturday morning animation.

This was JUST before the networks ceased production on Saturday morning animation. Everything went to cable.

We are now seeing everything going from cable to online/new media.

What can be done? Again, this is a hard fight. I see everyday the power of an animation cast being taken away because just one cast member agreed to a low ball offer, ruining it for the rest, taking away the cast’s leverage to fight for a better deal.

Speak to your agents. “No” is the most empowering word an actor has. That one “yes” taints it for all. My intention is not to judge. It’s to educate. Talk to your agents. If enough of us say no, they will up the offer. The least they can do is offer us current scale animation rates!