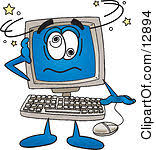 LOS ANGELES (August 22, 2014)– In national voting completed today, members of SAG-AFTRA voted overwhelmingly to approve the 2014 TV/Theatrical Contracts. Members approved new, three-year contracts covering theatrical, primetime, and basic cable television production under the 2014 SAG-AFTRA Codified Basic Agreement and the 2014 SAG-AFTRA Television Agreement by a vote of 92.12 percent to 7.88 percent. The new television contract establishes the first industrywide agreement covering performers in both primetime television and basic cable productions.SAG-AFTRA and the Alliance of Motion Picture and Television Producers reached a tentative agreement in July on the deal that provides:·       Gains of $200 million in wages;·       An 8.5-percent wage increase compounding to 8.7 percent; 2.5 percent in the first year, 3 percent in the second year and 3 percent in the third year;·       Advances in Subscription Video on Demand (SVOD) coverage, including a brand-new residual for on-demand viewing;·       Reduction of unpaid online streaming windows for most shows; and·       An increased contribution rate percentage to our benefits plans and a mechanism to facilitate the merger of the health plans.The agreement covers film and digital television programs, motion pictures and new media productions.Informational voting cards were mailed to approximately 137,000 members of SAG-AFTRA, of which 16 percent voted. The final vote was certified by Integrity Voting Systems, an impartial election service based in Everett, Washington.SAG-AFTRA President Ken Howard said, “Once again, we have made history. With the approval of the first-ever SAG-AFTRA Television Agreement, we have reached yet another of the goals we set when we merged. I am thankful to all members who participated throughout this process and the dedicated staff of SAG-AFTRA who worked to insure our new contract would usher us into the next generation of entertainment and new media production.” SAG-AFTRA National Executive Director and Chief Negotiator David White said, “This is a terrific result for our first TV/Theatrical negotiation as a merged union. I want to thank the SAG-AFTRA members and staff who dedicated their time and tireless effort to these negotiations. We emerged with solid financial gains and with a structural foundation that supports the union’s strategic goals well into the future.”

The agreement becomes effective retroactive to July 1, 2014 and will remain in force through June 30, 2017.

For further information on the new contract, including a summary of the agreement, go to SAGAFTRA.org.

So lt passed by 92.12 percent to 7.88 percent.  Hmmm, so all those emails and expensive postcards urging us to vote weren”t because it wasn’t gonna pass.   Why then?  Could it be because the number of LA votes were embarrassingly low?  Naw!  That couldn’t be it!  And just to prove me wrong I bet Big Dave, Ken and the gang will release those  actual  number of votes.

SAG-AFTRA members have ratified a three-year master contract with production companies covering movie and primetime TV work. The deal received 92% support from the approximately 22,000 who cast ballots following a campaign by union leaders touting a $200 million increase in compensation over its term. Little opposition emerged to the new deal, which was reached by negotiators on July 4. The new contract replaces the separate SAG and AFTRA contracts that were negotiated prior to the 2012 merger of the two performers unions. It’s retroactive to July 1 and runs through June 30, 2017. With the Directors Guild of America and the Writers Guild of America already having new three-year master contracts go into effect earlier this year, the SAG-AFTRA guarantees labor peace in Hollywood for until the next round of negotiations starts, probably in late 2016. The union did not the give exact number of how many dues-current members voted among the 137,000 who were sent ballots. Members were able to vote electronically or by paper ballots. SAG-AFTRA President Ken Howard said, “Once again, we have made history. With the approval of the first-ever SAG-AFTRA Television Agreement, we have reached yet another of the goals we set when we merged.” SAG-AFTRA and the Alliance of Motion Picture and Television Producers reached the agreement July 4 — four days past the contract expiration — following two months of negotiations. In a message to members that day, the union touted “significant gains” in the new tentative deal — including a compounded 8.7% hike in minimums over three years; unification of the SAG and AFTRA TV contracts; and improved terms and conditions and full TV rate minimums for productions made for SVOD services such as Netflix and Hulu Plus.

The producers will increase their contribution to the separate SAG and AFTRA pension and health plans by 0.5% to 17%. The AMPTP — which serves as the bargaining arm for producers — has also agreed to take steps toward merging the plans.

Aside from unifying the SAG and AFTRA TV contracts, the tentative agreement largely mirrored the gains achieved by the Directors Guild of America and the Writers Guild of America in their new master contracts earlier this year. The TV minimums will be based on the lower SAG rate.

“This is a terrific result for our first TV/Theatrical negotiation as a merged union,” said David White, the union’s national exec director. “I want to thank the SAG-AFTRA members and staff who dedicated their time and tireless effort to these negotiations. We emerged with solid financial gains and with a structural foundation that supports the union’s strategic goals well into the future.”

The AMPTP issued a statement in response: “We congratulate Ken Howard, David White, the SAG-AFTRA Bargaining Committee and Board for their leadership in achieving ratification of the new theatrical and television agreement. Together, we undertook the historic step of creating a unified television contract and set the stage for expanding market opportunities that benefit both the union and the companies. We look forward to our continued partnership with SAG-AFTRA to address the challenges and complexities of our industry during the term of the new agreements.”