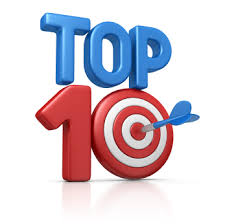 1. A Competitive Wage Package: Your negotiating committee didn’t leave a single dollar on the table. By achieving wage gains of 2.5%, 3% and 3% applied to all programs—including the higher paying Exhibit A programs—your committee maximized the money that members have the opportunity to earn. And by electing to increase the Pension, Health and Retirement contribution rates by one-half percent in the first year of the contract, we not only improved the funding of the benefits plans—a crucial step toward positioning them to be merged—but also extracted the maximum dollar value from the Producers. Additionally, the network primetime rerun ceilings will increase by 2% each year.

It’s as a result of gains like these that your committee was able to secure a deal valued at $30 million more than the 2011 deal ($200 million vs. $170 million), an increase of nearly 18%! This is how the power of one union translates into real dollars in your pocket.

2. A Unified Television Agreement: From the beginning, there have been two sets of contracts governing scripted dramatic television, one set based on the SAG Television Agreement and another based on Exhibit A to the AFTRA Network Code. This overlap set our two legacy unions on the path toward competition— the very problem we merged to solve. Now, for the first time in the history of television, the 2014 SAG-AFTRA Television Agreement creates a single set of terms and conditions for all new scripted dramatic television programming. In many ways, this represents the culmination of our merger, removing forever the ability of television producers to pick and choose how they access union talent. This achievement simplifies the marketplace so performers always know the terms under which they are working. This unified television agreement is the platform on which we will continue building stronger protections and additional compensation for our members working in television.

3. An Industry-Wide Deal in Basic Cable: You know how difficult it’s been to figure out what terms you’re working under when you show up to work on a basic cable show? That inconsistency has been the direct result of the “patchwork quilt” of contracts that have been used to cover basic cable programming. We’ve had a multi-employer deal that covered only a small fraction of the industry, the SAG Basic Cable (Live Action) Agreement, a number of deals bargained directly with basic cable networks and a slew of deals bargained individually with each series. What we’ve never had is an industry-wide set of terms, like the writers and directors have. It hasn’t been for lack of trying—the Screen Actors Guild made proposals on a number of occasions to establish industry-wide terms for basic cable, but was always rebuffed by the producers. Our new, merged union was finally able to break through on this critical issue, creating for the first time an industry-wide set of terms for basic cable as part of the 2014 SAG-AFTRA Television Agreement, one based on the legacy SAG Basic Cable Agreement. This is yet another example of how this deal simplifies the marketplace and best positions us in the expanding basic cable universe.

4. Television Terms for Programs Made for Netflix-Type Platforms: The High-Budget Subscription Video on Demand (SVOD) terms that we won as part of this deal ensure that the next House of Cards or Orange is the New Black will be covered under television minimums with television type terms. Without this achievement, these programs would be covered by the “free bargaining” provisions of our new media side letters, with only a very limited incorporation of terms from our traditional media contracts. Thanks to this deal, when you land a job on one of these programs, you’ll be protected by our contracts in nearly the same way you would be if you were making a show for television. We also managed to secure 100% of initial compensation for all members working on High Budget SVOD programs with more than 15 million subscribers. There are two lower budget/subscriber levels of SVOD programming which allow producers to partially credit the series regulars’ applicable minimums against other payments, but producers are still required to pay ALL performers 100% of their initial compensation. SAG-AFTRA is the only entertainment union to achieve these terms for its members.

5. Creation of a New Residual for Television Programs: It’s not every negotiation that you get to establish a whole new source of residual income for members, but we did it this time. When you watch a program through your cable provider’s free on-demand service that has commercials in it, you will now be owed residuals for that exhibition, which have never been owed to you before. This new residuals formula is the same as the free-to-the-consumer, ad-supported streaming in New Media residual referenced above, so members will not only receive this residual for the first time, but will immediately enjoy the improvements negotiated for New Media streaming.

6. Improvements to the New Media Streaming Provisions: The residual you are owed for the first year of free-to-consumer, ad-supported streaming of a program on New Media—which applies when, for example, a show is available for streaming on a network’s website—is about to increase. And not by a little, but by nearly 43% over the life of the deal. Not only that, but you’re going to collect that residual much sooner because the “free streaming window” that the producer is entitled to before you are owed that residual is about to get shorter. And not by a little, but by nearly 60% (from 17 to 7 days for most shows) right in the first year of the deal! These are enormous gains in an important and growing part of our contract.

8. A More Stable, Predictable Way to Fund our Benefits: Over the years, shifts in how the producers have chosen to cover scripted television programming have wreaked havoc on the financial planning of our two benefits plans—the SAG Pension & Health Plans and the AFTRA Health and Retirement Funds. As part of unifying the television contracts, we removed the discretion producers have always enjoyed to choose which plans receive their benefits contributions. Now, our contract controls how those contributions are directed, and we have structured that requirement to protect the finances of both plans, thereby giving our members the best possible opportunity to qualify for and receive benefits.

9. Paving the Road to a Health Plan Merger: We all know that merging the health plans is one of our top institutional priorities. While this can only be done by the trustees of the plans—and that process is already well underway—the union was able to ensure that we have a process to modify or eliminate any part of our contract that could hold up a merger of the health plans. This step will further empower our trustees to continue their pursuit of this critical objective.

10. Improvements in the Area of Advance Payment of Residuals: One of the complaints we heard most frequently during W&W’s was frustration over the advance payment of residuals. This happens when a producer negotiates a provision into your personal service agreement that allows them to treat a certain amount of your initial compensation as a pre-payment of your residuals. Per our contract, only amounts in excess of a stated figure can be treated as a pre-payment of your residuals.

For most exhibitions other than on network prime time, we raised that threshold from $8,000 to $9,000 per episode or per week, guaranteeing you an extra $1,000 of initial compensation before advance payment can occur. This protection had never previously been available at all for programming made under The CW Supplement, but that problem was fixed in this negotiation, so the $9,000 figure will apply to the The CW Supplement as well. The advance crediting of residuals for a day performer is now prohibited altogether for work done under The CW Supplement and basic cable programs.

I must say how impressed I am at how true this document is to the original spirit of the David Letterman Top Ten Bit!   Great satire!  Thanks for the laughs guys!

Well, The Ol’ Dog received the Unite For Strength Mailer.  Yikes!  In color!  From those who know such things, I was told, it must have cost at least 50 grand.  But, but, but not to worry, it says right there on the bottom “Not paid for with SAG-AFTRA funds.”  Hell, no need for the disclaimer,  everyone knows that thanks to them our union ain’t got 50 thou.

Look, I’m not gonna go through the whole thing but, rather, just a couple of things on the back:

“We negotiated a quarter-billion dollar increase to the Commercials Contract.”  One teeny weenie thing they didn’t mention.  In reality, the increase covered a four year period, since our last increase in 2011–which, in fact, made it the worst deal in recent SAG History!!! (1.5% increase per year for four years!)

They also proclaim: “We will streamline services and focus on speeding residuals to  members….”  Oh, I get it they are going to fix what they screwed up!  My residuals average between three & four months months before they get to me.  Before they screwed things up my residuals used to take about a month!

Oh, and they “will take steps to see that our benefits are merged safely and as quickly as possible.”  Is it just me or have we heard that one before?

And, they say, “We will create more jobs through aggressive organizing as we did with the Music Video and Audiobooks contracts.”   You know what that means, “Bathroom privileges for everyone!!!!”  Ah, except Union Background Actors!

Here’s the link to their webpage which has a copy of the entire mailer:

———-
Membership 1st
and
The Membership 1st Slate of Candidates
Cordially Invites All Actors to attend a Meeting to discuss the important Issues directly affecting Background Actors and their unique place and needs within SAG-AFTRA!
With:
Esai Morales, Candidate for National President of SAG-AFTRA
Jane Austin, Candidate for Secretary-Treasurer of SAG-AFTRA
Sunday, August 4th, 2013
2:00 PM to 4:00 PM
Encino Community Center
4935 Balboa Drive
Encino, California 91316
The Encino Community Center has seats for 200 People, but this event will be situated much like the normal Holding Areas that we are used to, so please feel free to bring your own Background Actor Chair if you would like to guarantee seating for yourself.
Water will be available, along with the “Token Bucket of Red Twizzlers” for everyone!