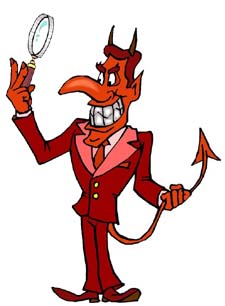 SAG-AFTRA has reached a tentative deal with production companies for a three-year master contract covering movie and primetime TV work.

The performers union and the Alliance of Motion Picture and Television Producers reached the agreement late Thursday following nearly two months of negotiations — and three 24-hour extensions of the contract expiration.

The two sides made the announcement early Friday morning. There were no details provided other than the disclosures that the new contract will replace the separate SAG and AFTRA contracts which have remained in effect since the 2012 merger. SAG-AFTRA’s board will meet July 12 to vote on whether to send the new deal to members for ratification.

The two sides had announced late Monday night — less than an hour before the union contracts expired at midnight — that they achieved progress in the talks and had agreed to extend the expiration for 24 hours. They made a similar announcement 24 hours later on Tuesday night. And that was followed by a third announcement late Wednesday night.

Both sides had agreed to a news blackout when negotiations launched May 4 at AMPTP headquarters in Sherman Oaks, but initial plans called for concluding the talks on June 13.

SAG-AFTRA President Ken Howard (pictured above) chaired the union’s negotiating committee and National Executive Director David White has been SAG-AFTRA’s chief negotiator. Leaders of the performers’ union — who have been assiduously non-confrontational in recent years — opted to keep a low-profile on the substance of negotiations without any effort to mobilize the members in support of their positions.

The current SAG and AFTRA deals cover about 165,000 members. Those deals were reached before the 2012 merger of the two unions — forcing negotiations to bargain for the past two months over complex issues such as the whether to create a new master contract or continue with the current SAG and AFTRA deals; and how to reconcile the slightly higher AFTRA rates for TV with SAG’s rates.

Earlier this year, chief contracts officer Ray Rodriguez had told members during a “wages and working conditions” meeting that problems could arise if the AMPTP refused to go along with SAG-AFTRA’s desire for a single master contract.

Merger backers had asserted repeatedly that the combined union would have more negotiating power than the separate unions would have had. The pro-merger campaigners also claimed that merging would be a first step toward resolving the problem of members contributing to separate SAG and AFTRA health plans and not earning enough to qualify for either.

The SAG-AFTRA negotiations started a month after leaders of the Writers Guild of America reached a tentative agreement on a new three-year master contract, which was easily ratified.

The WGA deal — which went into effect May 1 — contained most of the same gains that were achieved by the Directors Guild of America’s successor deal: a 2.5% wage gain in the first year, followed by 3% annual wage increases in the next two years; a 0.5% increase in the contribution to the pension fund; and higher payments for ad-supported online streaming.

Okay, okay, hats off to ALL our negotiators.   It’s a thankless job and they are to be commended for doing it.

This was one of the main goals of the negotiations with producers on a new three-year deal, the agreement of which was tentatively reached overnight. SAG and AFTRA had separate TV deals before their merger. Guild president Ken Howard and national executive director David White let membership know just now in a letter on its website, followed by a release outlining some of the major deal points. Those include the first industry-wide agreement in basic cable live action production and improved terms and conditions and full TV rate minimums for productions made for subscription VOD services such as Netflix, Hulu Plus and Amazon. The SAG-AFTRA Negotiating Committee will recommend the package to the National Board of Directors on July 12, which if approved would go to a vote of the membership for ratification.

Dear Member,
We are pleased to announce that last night we reached a tentative agreement in our TV/Theatrical Contract negotiations with the Alliance of Motion Picture and Television Producers (AMPTP).

We achieved a number of significant gains, including the historic unification of our legacy SAG and AFTRA primetime television contracts into one SAG-AFTRA Television Agreement. This new contract will also incorporate the first ever industry-wide agreement in basic cable live action production. The deal also calls for improved terms and conditions and full television rate minimums for productions made for subscription video on demand (SVOD) services such as Netflix, Hulu Plus and similar platforms.

Additional enhancements include raises in network primetime residuals ceilings and increases in the streaming residual rate for ad supported video on demand.

An overview of the agreement is included in the report below.

The Negotiating Committee will be recommending this package to the National Board of Directors on Saturday, July 12th. More information will also be available on www.sagaftra.org.

Additionally, there is a first-year increase of .5 percent in the contribution rate applicable to the Screen Actors Guild-Producers Pension Plan and the AFTRA Health & Retirement Funds, bringing the total benefits contribution rate to 17 percent.

The union also achieved outsized wage increases of 5 percent per year over the three-year term for all stand-ins and for background performers employed under The CW Supplement.

Additional gains in new media include the establishment of terms, similar to those in television, for minimums and residuals formulas for high-budget original product made for subscriber video-on-demand (SVOD) services like Netflix, Hulu Plus and similar platforms.

Other provisions include enhancements in the network primetime residuals ceilings.

The new three-year agreement is subject to approval by the SAG-AFTRA National Board of Directors and ratification by the union’s membership.

Highlights of the tentative agreement include:

– 3-year agreement commencing July 1, 2014 and expiring June 30, 2017
– Contract unification including the first SAG-AFTRA industry-wide agreement covering basic cable
Wage increases of 2.5 percent in the first year, 3 percent in the second year and 3 percent in the third year
– A half-percent increase in the current rate of employer contributions paid to the Screen Actors Guild-Producers Pension Plan and AFTRA Health & Retirement Funds in the first year of the agreement, raising the total contribution rate to 17 percent effective July 1, 2014
– An outsized increase for stand-ins of 5 percent per year in each of the three years of the contract
– Developed a contribution allocation method to help stabilize the funding of the pension, health and retirement funds
– An agreement to pursue merger of the legacy unions’ industry cooperative funds
– A mechanism to amend contract provisions, as necessary, to facilitate a merger of the health plans
– Other gains include an increase to the rate paid to performers for streaming product, a reduction in the free streaming window from 17 days to 7 days, and improved residuals formulas
– An increase in the amount of money performers must be paid before their residuals can be advance paid in several areas, including under The CW Supplement
– Additional covered background actor positions in the Western Zones in TV and Theatrical beginning in year two of the contract by excluding more stand-ins from the count. Two additional stand-ins will be excluded from the count in television in the second year and one stand-in will be excluded from the count in theatrical productions
– Allowance increases in several areas

SAG-AFTRA President Ken Howard said, “Unifying the legacy SAG and AFTRA contracts was essential and I am very pleased that we were able to achieve that. As important, we have established an industry-wide, basic cable agreement – something we have wanted for two decades.

“We’ve also secured a very competitive wage package for members and a large bump in our pension, health and retirement contributions.

“This is a great package with real, measurable gains in numerous areas of our agreements. I want to thank the negotiating committee members for their service. Each of them took time away from work and family to serve the members in these negotiations. We all are grateful for the terrific leadership of our Chief Negotiator David White and our full negotiating team. Because of their dedication and thorough preparation, we remained unified throughout this process and really delivered for SAG-AFTRA members.”

SAG-AFTRA National Executive Director and Chief Negotiator David White said, “The leadership has done exemplary work here and has secured a hard-fought and valuable agreement. I am proud and pleased to have worked side-by-side with President Ken Howard and the negotiating committee to achieve this historic milestone for SAG-AFTRA. Not only did we unify our agreements, a critical step in our march towards a merger of our benefits plans, but we now have improvements in the pension, health and retirement contribution rates, outsized gains for background actors and stand-ins and significant enhancements in other areas.

“Throughout the wages and working conditions process our members told us where they were feeling pain and the areas on which we should focus. We met that directive and have delivered a valuable set of gains in the face of tough bargaining from the member companies of the AMPTP. I am very proud of our committee’s work and of the many contributions of our negotiations team, in particular our Chief Contracts Officer Ray Rodriguez, Senior Adviser John McGuire, Associate National Executive Director Mathis Dunn, Assistant National Executive Director Joan Halpern Weise and the rest of our professional staff.”

Details of the new agreement will be submitted for review and approval by the SAG-AFTRA National Board of Directors at its regularly scheduled meeting on July 12. Upon approval, the pact will be sent out for ratification by the union’s membership.

Formal negotiations between the 26-member SAG-AFTRA Negotiating Committee and the AMPTP began on Monday, May 5, in Los Angeles and concluded at Midnight on July 4, 2014.