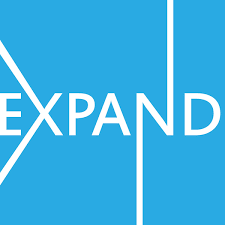 California state lawmakers have introduced a new bill that would expand and improve California’s film and TV tax credit program.

The Assembly bill is intended to redress shortcomings in the state incentive program first introduced in 2009 under former Gov. Arnold Schwarzenegger and respond to the rising competition from other U.S. states and countries for Hollywood’s business. The measure would extend the program for five years and increase funding, although no budget figure was included in the proposed legislation. Proponents say a figure will be subject to negotiation and added at a later date
Under the current program, California allocates $100 million annually to film and TV productions, which are eligible for a 20% to 25% tax credit toward qualified production expenses. Although the incentive has slowed the outflow of production and boosted local activity, most of it has been used on smaller, lower-budget projects. Consequently, industry officials are pressing to substantially increase annual funding, closer to the $420 million a year that rival New York provides.

Other revisions include allowing large-budget films to qualify, as well as TV pilots and new one-hour television series. Currently, only movies with budgets less than $75 million are eligible, as are basic cable programs and network shows returning from out of state. The exclusions have contributed to a historic falloff in the production of one-hour dramas as well as big-budget studio movies in L.A.

The bill also would provide an additional 5% credit for productions filmed outside of L.A., a provision aimed at building support among lawmakers in Northern California.

“This expanded and improved program will go a long way towards making California more competitive with other states’ programs.  Right now we’re getting our lunch handed to us by these other states,” said Assemblymember Raul Bocanegra. “We simply can’t sit by and watch this $17 billion a year sector of our economy continue to leave California.”

“When production goes elsewhere, so do the jobs, tax revenue, and spending that are critical to the strength of our state’s economy,” said a statement from a group representing entertainment unions and studios. “In order to once again be competitive, California must put in place a meaningful, expanded credit that will bring back jobs, increase revenue, and support small businesses and vendors all across the state.”

The bill was introduced by Assemblymen Raul Bocanegra (D-Pacoima) and Mike Gatto (D-Los Angeles) and already has the support of 50 of their colleagues in the Assembly.

It is likely to face a tougher challenge in the Senate, however, where Northern California lawmakers have been skeptical of past efforts to increase support for an industry concentrated in Southern California. Another question is to what extent Gov. Jerry Brown will support the bill, which will come up for a final vote this summer. He granted a two-year extension of the program in September 2012.

—–
Look, the Ol’ Dog is in favor of any expanding that gives actors a little extra breathing room!