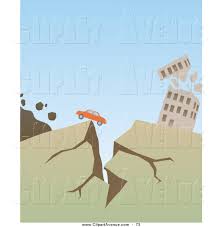 She’ll top the ticket of an opposing group of New York candidates.

SAG-AFTRA co-president Roberta Reardon is running for president of the union’s New York Local, the union leader told The Hollywood Reporter in an exclusive interview. Reardon will run as part of a new group, NYC4U.

“I’m thrilled to announce that I’m running for New York Local president with a terrific coalition of New York leaders from both of the former unions,” she said, referring to SAG-AFTRA’s pre-merger predecessor organizations. “We’ll be announcing the full list (of NYC4U candidates) soon.”

Howard has endorsed incumbent NY Local president Mike Hodge for reelection. According to a source, Reardon previously attempted to get Hodge to step aside and not run for reelection, so that she could run unopposed. That didn’t happen: Hodge is topping the ticket for an established slate called USAN, as THR reported on Thursday.

USAN has been allied in the past with Unite for Strength (UFS), the Los Angeles based group that is led by several of the union’s current officers, including Howard, SAG-AFTRA executive vice president Ned Vaughn and union secretary-treasurer Amy Aquino.

However, UFS is not endorsing either group this time around.

“Unite for Strength recognizes that elected members and candidates from both of New York’s recently announced slates have contributed remarkably to the prosperity of SAG, AFTRA and now SAG-AFTRA,” says a statement on UFS’s Facebook page. “UFS representatives have developed friendships and excellent working relationships with members from both groups. In recognition of the above and the fact that Unite for Strength is a Los Angeles based organization, we will not be officially endorsing either NY slate.”

The statement adds, “Individual UFS members are, of course, free to endorse anyone in any local, but Unite for Strength as a group will only endorse candidates for the directly elected National officers and our own candidates here in Los Angeles.”

UFS’s Vaughn is not running for reelection as executive vice president. Sources say that Reardon will run for that office, albeit without Howard’s endorsement. Reardon declined to comment on any evp plans she may have.

The evp is elected at the union’s convention, which will be held at the end of September, whereas most other positions, such as president, secretary-treasurer, local president, and board seats, are elected by direct balloting in a process that runs from mid-July to mid-August.

New York Coalition for Unity, a slate headed by SAG-AFTRA co-president Roberta Reardon, announced its candidates Sunday. Reardon, at the top of the ticket, is running for president of the union’s NY Local, as The Hollywood Reporter reported exclusively Saturday.

In a letter to membership, the group said: “Our team represents every member category. We are principal actors, background actors, singers, dancers, broadcasters, Spanish-language performers, recording artists, audiobook narrators and stunt performers. We have negotiating and work experience with every contract under SAG-AFTRA’s jurisdiction.”

“Throughout my union career, I have focused on one thing – securing good union jobs for our members with the strongest rates and conditions possible,” Reardon said. “Achieving the merger of our two unions is a signature piece of my work. Fulfilling the promise of that merger is our next task.”

Reardon has secured endorsements from several of SAG-AFTRA’s national and former national officers.

“We can thank co-president and Commercials Negotiating chair Roberta Reardon for the $238 million gain in Commercials wages and benefits that was, as (co-president) Ken Howard says, a show of ‘REAL strength,’” said co-secretary treasurer Amy Aquino. “Roberta’s vision, courage and hands-on leadership brought us together in merger and then brought unprecedented unity at the bargaining table. Reardon is a true leader.”

The mention of Howard is somewhat surprising, since he has endorsed incumbent Mike Hodge for reelection as N.Y. Local president, as THR previously reported. Hodge tops the ticket for USAN, a slate that has existed for a number of years, pre- and post-merger.

The differing endorsements by Howard and Aquino mark something of a rift within their group, the LA-based Unite for Strength (which is remaining neutral as between the two NY slates). Indeed, although Howard and Aquino continue to lead UFS, they are running slate-less this time around, as previously reported. The other leader of UFS, union executive vice president Ned Vaughn, is not running for re-election.

Sources say that Reardon will also run for that office, albeit without Howard’s endorsement. Reardon declined comment Saturday on any executive vp plans she may have. The executive vp is elected at the union’s convention, which will be held at the end of September, whereas most other positions, such as president, secretary-treasurer, local presidents and board seats, are elected by direct balloting in a process that runs from mid-July to mid-August.

In L.A., UFS and its expected challengers have not yet released their candidate lists for board positions. For officers, Howard and Aquino will be opposed by Esai Morales for president and Jane Austin for secretary-treasurer, running as part of a slate that is viewed by observers as likely to be a successor to MembershipFirst, the group that controlled SAG from roughly 2005 through early 2009.

Other candidates are expected as well. The union has not yet released the official list of candidates; that is expected within the next week or so, since ballots are scheduled to go out July 16.

*Photo another crack by the Ol’ Dog