The agreement continues a relationship dating to 2002.

Employees of Nickelodeon Animation Studios “strongly ratified” a new two-year contract between Nickelodeon and the Animation Guild, the guild announced Tuesday. The agreement was reached between representatives of the guild and the Viacom unit a week ago and was voted up at in-person meetings Monday.

The new collective bargaining agreement includes ten sick days per year. It also contains the package reached in the 2015 AMPTP-Animation Guild negotiations: 3 percent wage minimum increases, and hikes in the Motion Picture Industry Pension Plan, in addition to larger pension and health plan contributions. The guild has had a contract with Nickelodeon since 2002.

“We want to congratulate Nickelodeon on the productive contract talks,” said Steve Hulett, Animation Guild business representative. “The discussions would not have gone as well as they did without the input and assistance of IATSE Vice President Mike Miller. There were issues to resolve and both sides, working together, resolved them. Nick[elodeon] employees recognized the value and improvements in the new deal and voted accordingly.”

The guild is Local 839 of IATSE, the union that represents most unionized entertainment crew members. In an email to THR, a spokesman said that more than half of eligible employees voted, but would not specify actual numbers or the Yea/Nay tally. The preceding agreement expired over the summer.

A Nickelodeon spokesperson did not immediately provide a comment, but was preparing one. We’ll update when received. The studio produces a variety of content, notably the hit Sponge Bob Squarepants.

Good deal?  We’ll leave it up to you union animators to draw your own conclusions. 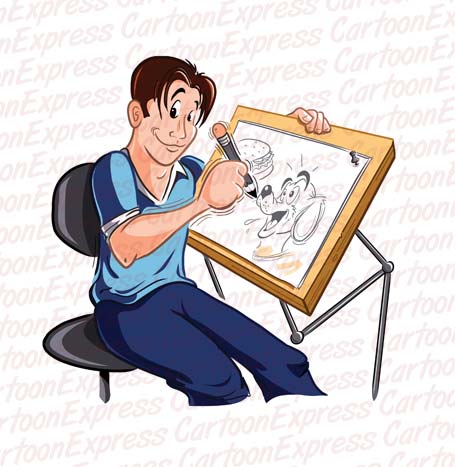 The Walt Disney Co. and the union representing about 550 feature film animators and writers will launch contract negotiations this week on a successor deal to the current master contract.

The current three-year contract has been extended from its Oct. 31 expiration at Disney’s request. The talks are scheduled to take place on Wednesday and Thursday, then recess to Jan. 25.

The Disney animators are represented by the Animation Guild, which operates as Local 839 of the International Alliance of Theatrical Stage Employees. The contract, also known as the Secret Lab contract, dates back to 1999.

The Animation Guild contract covered work performed on “Frozen,” “Big Hero 6,” “Wreck-It Ralph” and the upcoming “Zootopia,” which opens in March. But it does not cover films shot by Disney’s Pixar division, which was acquired by Disney in 2006 for $7 billion and remains a non-union operation.

In August, members of the Animation Guild ratified a three-year successor deal to its master contract with producers at several of the other studios, including Warner Bros. Animation, DreamWorks Animation and Sony Pictures Animation. That agreement, which covers about 3,000 animators and writers, includes 3% annual wage increases to contract minimums, a 10% pension increase and 30% increases for contribution hours.

The Writers Guild of America West covers TV animation at Fox, including “The Simpsons” and “Family Guy.”

So Disney has a whole NON-UNION  Animated division…hmmm, well, draw your own conclusions.