The WGA East is accusing ITV America of employing the tactics of right-wing union-busters in the union’s ongoing attempts to get the company to negotiate a fair contract for writers/producers employed on reality TV shows such as Pawn Stars, Counting Cars and Tiny House Nation. The guild says that the main roadblock to a deal is the company’s refusal to negotiate a contract that includes a “union security” clause that requires every member of the bargaining union to become a member of the guild.

The guild says that ITV opposes the union security clause “because it opposes the guild and it opposes unionization. This is the same reason a lot of far-right entities oppose union security through the so-called ‘right to work’ movement, which seeks to ban union security. They want to weaken unions, or to wipe us out altogether. The principal funders of the right to work movement are the prominent Trump/Pence backers Koch brothers. They follow in the footsteps of their father, Fred Koch, who was a leader of the right to work movement decades ago, and who also founded the rather lunatic hard-right organization, the John Birch Society.”

Going back even further in history, the union said that the “first big proponent of ‘right to work’ was Vance Muse, who founded the Christian Americans Association – an avowedly white supremacist organization. Muse argued that union security provisions would force white and black workers to join the same organization and to call each other ‘brother,’ which he considered an abomination. His organization was also anti-Semitic and anti-Catholic, by the way. In other words, ITV’s opposition to a guild security provision puts it in very bad company, politically and historically speaking.”

The union first won the right to represent the writers/producers at London-based ITV’s American subsidiaries in 2011, but serious negotiations didn’t begin until two years ago, when the National Labor Relations Board ruled that ITV had failed to bargain in good faith with the union in violation of federal labor law.

More than 300 prominent film and TV writers have signed a letter urging ITV America to negotiate a fair contract with the guild that would include a “union security” clause. “Union security is a feature of all Writers Guild contracts,” the letter states. “It is based on the principle that everyone who benefits from a union contract should share the burden – that membership is part of the privilege and responsibility of union representation.  When ITV seeks to hire people to craft stories for scripted television and film, it hires guild members whose contracts include union security provisions.”

And the struggle continues.  Write! 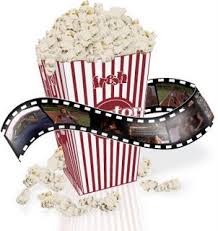 The Writers Guild of America West has scheduled a Sept. 19 screening of John Ridley’s Jimi Hendrix biopic “All Is By My Side” — even though Ridley resigned from the WGA during the 2007-08 strike.

Ridley had gone public with his decision during the latter stages of the 100-day strike, asserting he disagreed with the tactics of the guild’s leadership and its unwillingness to tolerate dissent. The resignation prevented Ridley from being eligible for a WGA Award for penning  last year’s”12 Years a Slave,” which went on to receive the Oscar for adapted screenplay. This also means Ridley’s script for “All Is By My Side” will not be eligible for the upcoming WGA Awards.

WGA West spokesman Neal Sacharow explained that screenings at the Writers Guild Theater in Beverly Hills are covered under a different set of rules than guild awards.

Unlike many screenings at the Writers Guild venue, there is no Q-and-A planned for after “All Is By My Side.”

Ridley’s spokeswoman indicated that he was not available for comment due to shooting the “American Crime” series for ABC in Texas.

Xlrator Media is releasing “All Is By My Side,” starring Andre Benjamin, on Sept.26.

SEE ALSO: WATCH: First Trailer for Jimi Hendrix Biopic ‘Jimi: All Is By My Side,’ Starring Andre Benjamin