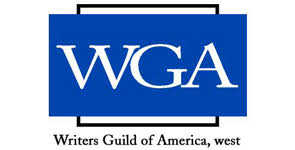 Showrunners Shawn Ryan and Chip Johannessen have won two-year board seats for the Writers Guild of America West.

Ryan, creator and exec producer of “The Shield” and other shows, becomes a first-time member of the board after serving on the guild’s negotiating committee at recent bargaining with producers. He was the top vote-getter among the 17 candidates for nine open seats and said on his Twitter account that he was “very honored.”

Lefcourt was elected to a one-year term, filling the vacancy left by the resignation of David S. Goyer.

A total of 1,835 valid ballots were cast with members able to vote online for the first time.

The campaign stayed relatively free of rancor among the candidates. Some of the issues raised by candidates included the disappearance of the middle-class writer, new-media rights, late pay and sweepstakes pitching.

The WGA West has about 8,000 members. Participation rates in recent elections have usually been in the 20% range.

All the best to the winners!