The Motion Picture & Television Fund and the union representing its nursing staff have agreed to a new contract, ending a year-long labor dispute at the Woodland Hillls-based retirement community.

On Friday, members of SEIU-UHW overwhelmingly voted in favor of a new three-year contract that provides 1% annual pay increases for about 500 custodial staff, nursing staff and other employees of the fund, according to two people close to the negotiations who asked not to be identified because they were not authorized to comment.
*
The MPTF operates various healthcare clinics and a retirement community for active and retired entertainment industry workers and their families.
*
The agreement marks a compromise on both sides, with the union agreeing to replace its defined pension plan with a 401(k), and fund management agreeing not to increase health insurance premiums, which had been a key sticking point in the dispute, the sources said. Additionally, a committee comprising union and management representatives will meet to discuss changes to staffing levels at the facility, which recently partnered with UCLA Health System to operate its health clinics.
*
In October, UCLA Health System signed a letter of intent to assume the leases of six health clinics. The pact resolves a bitter dispute that erupted last spring, when SEIU-UHW officials had threatened to stage a three-day strike after contract talks broke down and MPTF officials had planned to hire replacement workers. The union subsequently agreed to a 60-day “cooling off” period and brought in a new negotiator to head the talks, setting the stage for the agreement. Union members had been working without a contract for more than a year. The contract takes effect retroactively from Nov. 1, 2012, and runs through October 2015.
—–Happy New Year
Arl 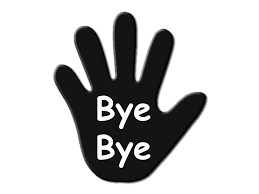 LOS ANGELES (AP) — In the old days, filmmakers flocked to Hollywood for its abundant sunshine, beautiful people and sandy beaches. But today a new filmmaking diaspora is spreading across the globe to places like Vancouver, London and Wellington, New Zealand.

Fueled by politicians doling out generous tax breaks, filmmaking talent is migrating to where the money is. The result is an incentives arms race that pits California against governments around the world and allows powerful studios —with hundreds of millions of dollars at their disposal— to cherry-pick the best deals.

The most recent iteration of the phenomenon came earlier this month when James Cameron announced plans to shoot and produce the next three “Avatar” sequels largely in New Zealand. What Cameron gets out of the deal is a 25 percent rebate on production costs, as long as his company spends at least $413 million on the three films.

“There’s no place in the world that we could make these sequels more cost effectively,” says producer Jon Landau. It is neither the archipelago’s volcanoes nor its glaciers that are attractive, because the “Avatar” movies will be shot indoors. Sure, Peter Jackson’s award-winning special effects infrastructure is there, but the deciding factor was the money. “We looked at other places,” says Landau. But in the end, “it was this rebate.”

In exchange, the local economy will benefit hugely, Landau says, comparing the ripple effect to the boost that comes from new home construction. “We’re doing lumber, we’re catering for hundreds of people a day. We’re housing people in hotels. We’re going to a stationery store and tripling their business in a year.”

The deal was “the best Christmas present we could have possibly hoped for,” says Alex Lee, an Auckland, New Zealand-based entertainment lawyer. The news is especially welcome because the local screen industry is facing a potential drought: The Starz pay TV series “Spartacus” finished this year and Peter Jackson’s “The Hobbit” trilogy is set to wrap next year. Thanks to the “Avatar” sequels, the 1,100 workers at Weta Digital Ltd., the ground-breaking digital effects house Jackson co-founded in 1993, can keep plugging away through 2018.

“It would have been a real shame if we had lost any of that talent and they had to move to follow the films,” says Wellington Mayor Celia Wade-Brown.

Driving the trend are powerful global forces squeezing the entertainment industry. Falling DVD sales are putting pressure on movie-making budgets, while the demand for ever-more-amazing special effects grows. The spread of technology and skills around the world is creating a huge number of special effects suppliers — some using cheaper labor than can be found in Hollywood.

Government largesse has helped create mini-moguldoms in Vancouver, Montreal, London, New York and Wellington, all of which are aggressively one-upping each other to become the next new hotbed of activity. As the work spreads, branch offices of visual effects companies have opened up in new locations. Even though digital work is borderless, workers must live and be paid locally to generate the income taxes and spending that governments seek.

The tax incentives race is destined to accelerate next year. State incentives in California — home to “Star Wars” pioneer Industrial Light & Magic — are too small to accommodate big-budget movies. Democratic Assembly member Raul Bocanegra is preparing a bill to expand their scope, but it could take months to get through committees, says his chief of staff, Ben Golombek.

And the U.S. federal incentive, an arguably difficult-to-use tax deduction of up to $20 million per film or TV episode, is set to expire at the end of 2013.

“Once our federal incentive ends in two weeks, you’re going to have a lot of people who are going to go elsewhere,” says Hal “Corky” Kessler, a tax incentives lawyer with Chicago-based Deutsch, Levy & Engel.

“This is no different than any other multinational business,” says Sir William Sargent, co-founder and CEO of Framestore, a London-based special effects business that worked on likely Oscar-contender, “Gravity,” and has offices in Montreal, New York and Los Angeles. “We’re just going to where our customers are.”

Even if the U.S. moves to counteract growing incentives overseas, the efforts won’t prevent another jurisdiction from offering a bigger break.

The mix “changes daily, but it’s not going away,” Chianese says. “We have now trained a generation of filmmakers and TV makers that production doesn’t have to happen here anymore.”

The only thing missing from the picture above is the appropriate gesture!

A friend sent me this–and I thought my actor friends might enjoy it on this Christmas Day!  Click following link!

Merry Christmas
Arl
The Ol’ SAG Watchdog
——
This was sent to me by another friend:  What Christmas Morning Would Look Like Through the Lens of Your Favorite Directors!

Two SAG-AFTRA Stories: One The ‘Real’ Deal! The Other ‘Moving!’

Hearing had been set for Jan. 6

A federal judge has cancelled a Jan. 6 hearing on motions by SAG-AFTRA to dismiss a lawsuit filed by Ed Asner and 15 other plaintiffs over alleged mishandling of $132 million in residuals and foreign royalties. U.S. District Court Judge Manuel Real said in a filing Monday that the union’s dismissal motions are suitable for a decision “without the need for oral argument.” Real gave no indication of how or when he will rule, adding without elaboration, “The Court will issue its ruling on the matter in due course.” The original suit was filed on May 24. Real narrowed the issues on Oct. 7, allowing the suit to include the issue of residuals and three of the 16 plaintiffs to proceed with their claims on unpaid foreign royalties. The union filed the 18-page motion on Nov. 20, asserting that the plaintiffs’ claims under state law should be tossed because they are “completely preempted by federal labor law” and that the plaintiffs “do not have the authority to sue on behalf of anyone other than themselves.” The plaintiffs responded on Dec. 16, portraying the union as reckless in how it handles funds that it’s supposed to distribute to performers.

“SAG-AFTRA simply does not record what is earned but it willy-nilly converts checks as it sees fit, by either endorsing checks made out to performers and placing same into its purported Trust Account, or by holding onto performers checks for months if not years on end to the ongoing detriment of its members who depend on these earnings to live,” the plaintiffs said.

The union has repeatedly insisted that it’s done nothing wrong and has called the suit “frivolous.”

SAG-AFTRA Moves to One New York office to open Jan. 6

The two offices, which housed separate SAG and AFTRA operations prior to the March 2012 merger, are closing Dec. 20. The new office will reopen Jan. 6 at One Lincoln Plaza, 1900 Broadway.

“Merger brought SAG-AFTRA together, and this beautiful new office space brings all of our operations and member services under one roof,” said New York Local president Mike Hodge.

The New York Local is the union’s second largest after Hollywood and reps about 20% of SAG-AFTRA’s 160,000 members.

Staff in New York will not be available until the new office opens, but the national headquarters office in Los Angeles will be available for member needs.

A big  thank  you to Variety’s Dave McNary for keeping us  so well informed all year long!

Staffers vote 40-7 in favor of union

The vote, conducted by the Natl. Labor Relations Board, was 40-7 in favor of joining SAG-AFTRA. The unit will cover 49 public media professionals who produce, report, host and present content for WBEZ, Vocalo, Sound Opinions and CPM’s digital services.

WBEZ is home to popular programs Wait Wait … Don’t Tell Me! and This American Life.

SAG-AFTRA unionized 55 staffers at KPBS television and radio in San Diego last month and about 65 staffers at KPCC in Pasadena in January. SAG-AFTRA also reps staffers at National Public Radio, KQED in San Francisco, WNYC in New York and KPLU in Tacoma, Wash.