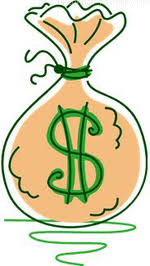 The WGA wants a piece of the foreign box office – a residual its members long have been denied when their feature films are shown overseas.

“When residuals for feature films were first negotiated in 1960, the foreign box office was minuscule,” the guild’s negotiating committee said today in a message to members about its ongoing negotiations for a new film and TV contract. “Today, the foreign box office is three-quarters of the worldwide total. It’s long past time for screenwriters to share in the generated revenue and receive a foreign box office residual, just as writers do with foreign television.

For the past 60 years, writers received no residuals when their films are shown in foreign markets. The writer’s initial compensation covers the exhibition of the film theatrically, including all foreign theatrical releases. Residuals are triggered only when films are released in supplemental markets, such as on television, home video and pay TV. In television, residuals are triggered when shows are aired in foreign markets. SAG-AFTRA and the DGA also get residuals from the foreign distribution of TV shows but not for films.

Like the WGA, SAG-AFTRA is currently in contract talks with management’s AMPTP, which probably won’t give writers a new category of residuals that it’s not giving to actors or directors. The DGA got a new contract in March that did not include residuals from films shown theatrically in foreign markets.

The negotiating committee’s latest missive includes several other proposals it’s seeking at the bargaining table, including:

MINIMUMS: We want to substantially raise feature minimums, in large part to protect those who may not yet have the clout to earn above-scale fees.

STREAMING MINIMUMS: We’re seeing the convergence of longform programs and theatrical films made for streaming (SVOD). We need feature minimums to apply to all feature-length SVOD projects, whether they are contracted as made-for-SVOD or as a feature.

FEATURE TEAMS: We seek to increase minimums for writers working in teams of two or three. Health fund contributions for individual writers on teams of two currently cap out at $125K. This leads to many screen team members struggling to keep their healthcare coverage while working on a project for more than a year. It’s a similar problem for the pension plan – contributions for writers on teams cap out at a portion of what they would be if the writer worked alone. We are proposing that the full pension & health benefit contribution cap (currently $250K) apply to each member of the team, rather than the lower ceiling that applies now.

PENSION & HEALTH CAPS: We are proposing an increase in the contribution caps to $400K for both pension and health. This would ensure that more writers receive the benefits they deserve for their work and could help writers on long-gestating projects avoid losing healthcare coverage.

COMPENSATION FOR REPEATED PITCHES: Writers understand that crafting a pitch to get hired is part of the job. However, with sweepstakes pitching, cherry-picking of ideas, and endless bake-offs, the pitch process can devolve into an unpaid months-long think tank. We are proposing a two meeting rule: if a buyer asks for a second meeting to work on the pitch, this will trigger a guaranteed payment for the writer’s time and effort.

GUARANTEED 2ND STEP: In the last decade, the proliferation of one-step deals has exacerbated free work abuses. For screenwriters earning less than 200% of minimum, a second step should be guaranteed. The reality is that most writers are already doing 2nd, 3rd and even 4th steps in their so-called one-step deals. This is a low-cost solution that will help return the industry to better past practices.

PAYMENT STRUCTURE: Unpaid producer passes and late payments are clear violations of the MBA, yet both are rampant. These free passes often delay both the delivery of the completed script and the writer’s delivery check. To address this and compensate writers throughout their employment on a project, this no-cost proposal would give the writer the choice of being paid on a weekly pro-rated basis instead of two lump sums.