WGA Offers To Start Contract Talks With AMPTP On May 11, Says It’s “Prepared To Agree” To Extend Current Pact To June 3 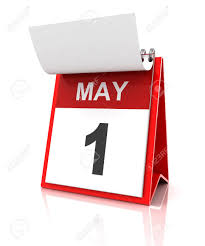 The WGA says it now is “prepared to agree” to the AMPTP’s proposal that they extend the May 1 expiration of the guild’s current film and TV contract to June 30 and has offered to begin negotiations via video and telephone conference during the week of May 11. But WGA West executive director David Young told Deadline that “there is no agreement with the AMPTP in place, and you can quote me on that.”

“I am writing in response to your April 8 letter concerning minimum basic agreement negotiations. I thank you for your letter. You’ve expressed frustration that it has taken until now to provide you with a response to the AMPTP’s proposed contract extension and dates for commencing negotiations. But I hardly need to remind you the COVID-19 pandemic poses unprecedented challenges to the conduct of meaningful, and we hope successful, negotiations. The effect of the crisis is particularly disruptive for the Guild, which represents the interests of 15,000 writers located throughout the country, with whom we regularly must communicate about bargaining objectives and developments.

“Having assessed all of our options in light of the constantly changing public health situation, the Guild responds to the AMPTP’s proposal as follows. We are prepared to agree to an extension of the 2017 MBA until June 30. We propose to exchange proposals for a successor MBA by the close of business on May 1, and agree to begin negotiations by video and telephone conference during the week of May 11. This will give both sides a week to analyze the opening proposals, while still leaving almost eight weeks in which to conduct negotiations.

“In addition, and as a further means of addressing the immediate impact of the pandemic, the Guild proposes that on or before April 24 the trustees of the WGA Health Fund adopt an amendment to the plan extending eligibility to plan participants who will lose coverage through the end of the year because they fail to meet the earnings threshold during this time period and otherwise don’t have extended care points to continue their coverage. This is detailed in my email exchange with Jim Hedges at the Health Fund, which you were copied on yesterday.

“I hope to hear from you regarding this proposal in the next few days.”

The AMPTP, which represents the major studios and production companies in contract negotiations, had sought to exchange proposals on April 15 and to begin negotiations on Monday, but that’s not happening now.

“Customarily, negotiations between the AMPTP and the WGA take four to five weeks; our proposed date allows approximately double the amount of time – 10 weeks – to reach an agreement,” Lombardini told Young, the guild’s chief negotiator, in an April 8 letter. “In our April 3rd telephone conversation, you indicated that the WGA remains undecided on our suggested extension date, and when I asked when we could expect a response, you said ‘sometime’ before May 1. We find that response unacceptable.”

Because of the pandemic, the guild had sought to extend the pact into September, but the AMPTP, didn’t want to kick the can that far down the road, arguing that an eight-week extension to June 30 would give the two sides more than enough time to work out a deal via teleconference.

“While the pandemic has disrupted all types of business and has been particularly hard on our industry, it is incumbent on us to find new ways to get our work done,” Lombardini told Young in her April 8 letter. “In the case of negotiations, we believe this can easily be accomplished by exchanging proposals as we normally do and conducting the negotiations through video and telephonic conferences. Moving forward with the goal of reaching an agreement by June 30 is essential to protect the tens of thousands of people who depend on this industry for a livelihood, including writers represented by the WGA. Both of us share the responsibility of creating the conditions that will make it possible for them – many of whom have suffered severe hardships in the form of loss of income and access to health insurance – to return to work in an environment that enables them to earn a living without fear of further disruption.”

If the two sides ultimately agree to extend the contract to June 30, its expiration will coincide with the expiration of SAG-AFTRA’s film and TV contract, although it’s not clear at this time whether that contract will be extended because of the industry’s COVID-19 shutdown.

Yes.  You May Stay Tuned!

Trump Resigns from the Union