Statement on the Passing of Kirk Douglas 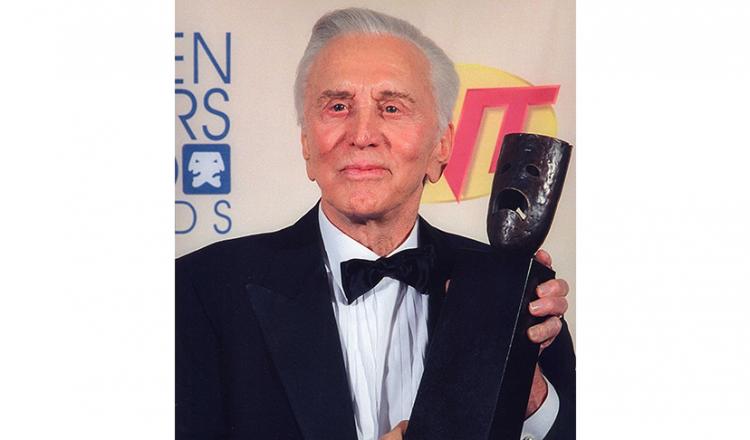 Kirk Douglas at the 1998 SAG Awards with his Life Achievement Awards
February 5, 2020

LOS ANGELES – SAG-AFTRA mourns the loss of SAG Life Achievement honoree Kirk Douglas, who passed away today at the age of 103.

Douglas’ career spanned more than six decades and more than 80 films, including Spartacus, Lust for Life, 20,000 Leagues Under the Sea, The Man From Snowy River and The Final Countdown. A union member since 1942, Douglas was honored with the 35th SAG Life Achievement Award in 1998.

“One of the last remaining legends of Hollywood’s golden age, Kirk Douglas was an extraordinary actor. He was also a powerful voice who helped end the blacklist in our industry.” said SAG-AFTRA President Gabrielle Carteris. “With his extensive body of work, he made an indelible mark on cinema. But, as a true humanitarian, his lifelong dedication to quietly supporting worthy causes may have made an even greater impact. Kirk will be deeply missed and we send our condolences to his family, friends and fans.”

Douglas was a generous philanthropist, donating millions of dollars to schools, hospitals and facilities that help the homeless. He also remembered his fellow performers. Douglas and his wife Anne gave more than $40 million to the Motion Picture & Television Fund over their lifetimes and were responsible for the creation of a care facility for Alzheimer’s patients. In 2015, in honor of Douglas’ 99th birthday, the MPTF announced that it would build a new facility to be named in the actor’s honor.

A sad farewell to a great actor and SAG/AFTRA member.