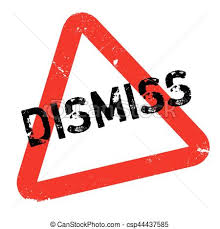 The WGA has filed its opposition to the Big Three talent agencies’ motion to dismiss the guild’s antitrust and price-fixing claims in their ongoing legal battle.

The WGA’s opposition, filed in federal court in Los Angeles, argues that the motion to dismiss – filed by WME, CAA and UTA – “largely ignores the detailed facts pleaded in support of these causes of action,” and “should be denied.” On Friday, the judge hearing the case ruled tentatively that he would deny the WGA’s motion to dismiss the agencies’ claims against the guild. If U.S. District Court Judge Andre Birotte Jr. denies both sides’ motions to dismiss, the case would be headed for trial.

In the WGA’s 30-page filing (read it here), the guild laid out the who, what, when and why of the agencies’ alleged price-fixing scheme, in which they package talent through their traditional 3-3-10% packaging fee model that gives the agencies 3% of a show’s licensing fee at the beginning, another 3% of the licensing fee payable if the show hits “net profit” and 10% on the back-end” – a model they’ve all used for decades.

Related Story
As Contract Talks Near, WGA West Reports ‘Record’ Employment Of Members, But Says Writers’ Pay Is ‘Not Where It Should Be’

The WGA East and West, which are the counterclaimants in the case, say they “plausibly allege that the Agencies have violated the antitrust laws by pleading direct evidence sufficient to satisfy the Ninth Circuit’s requirement to allege the who, what, when, and why of an antitrust violation.

Quoting from the WGA’s court filing:

“Who: Participants in the initial meetings where the alleged price-fixing agreement was formed included Lee Gabler, then-managing partner of CAA, Ari Emanuel, founding partner of Endeavor (now WME), and others. Details and the ongoing nature of this pact, which the Agencies had kept secret, were recently confirmed by former UTA partner Gavin Polone. And a UTA 2014 presentation admitted that it charged packaging fees according to the 3-3-10 formula. The alleged group boycott was coordinated by and through members of Association of Talent Agents’ Negotiation Committee.

“What: In response to studio efforts to eliminate packaging fees, the Agencies met and agreed to offer the same packaging fee terms. The Agencies agreed (1) to the “3-3-10” packaging fee structure; (2) that negotiations with studios would start at 3-3-10; and (3) to a standard range of base license fees which comprise the up-front 3% packaging fee. Over time, the Agencies’ collusion has resulted in 90% of all scripted TV series being packaged. To maintain this price-fixing agreement after the Guilds revoked their consent to collective negotiation, the Agencies continued to coordinate their negotiation strategy, including their refusal to agree to the Code, and to retaliate against anyone who works with the Guilds.

“When: The initial price-fixing agreement was reached in the 1990s, when the aforementioned agency executives were speaking daily to coordinate their efforts. Following the revocation of the Guilds’ consent to collective negotiation (with the ATA) in June 2019, the Agencies improperly continued to collectively strategize and coordinate their response to the Guilds’ efforts to negotiate individually with them.

“Why: The Agencies have a strong profit motive to resist all efforts to eliminate packaging fees. They are ‘big fans of packaging because packaging [is where] you make all of your money … it was always about package über alles’ – and that was literally a phrase at CAA.”

The WGA argues that “When read in context with the alleged direct evidence of the Agencies’ agreement, Counterclaimants’ factual allegations further demonstrate the plausibility of Counterclaimants’ price-fixing and group boycott claims. Those allegations include: (1) the talent agency industry is susceptible to coordination because it is highly concentrated and agents provide ‘rather standardized services” to talent; (2) the Agencies have the ability to (a) monitor compliance with their illegal agreement, and (b) punish cheaters.”
Gavel

The guilds make numerous other legal arguments in support of its opposition to the dismissal of its claims, stating that they “have associational standing to seek declaratory and injunctive relief for breach of fiduciary duty and constructive fraud on behalf of their members.”

TV Studios In Strike-Preparation Mode Ahead Of WGA Contract Negotiations With Overall Deals At Stake &amp; Streamers As Wild Card

The WGA also argues that individual members who have joined the suit “adequately allege breach of fiduciary duty and constructive fraud …They allege many ways that the Agencies breached those duties – by enriching themselves at individual counterclaimants’ expense, placing their own interests above Individual counterclaimants’, and failing to disclose both that packaging fees create inherent conflicts of interest and the material facts concerning the packaging fees they earn at their clients’ expense. And several Individual Counterclaimants specifically allege that they lost profits due to the Agencies’ breaches of fiduciary duty. All allege that they ‘suffered significant damages, including but not limited to lost wages, lost employment opportunities, and other economic losses,’ and they explain how their Agency’s packaging fees caused those specific harms to them.”

The WGA also urged the court to let stand its allegations that the agencies violated the Labor Management Relations Act, which prohibits employer payments of ‘any money or other things of value to any representative or any of his employees who are employed in an industry affecting commerce.’”

According to the guilds, “The Agencies’ receipt of packaging fees violates this prohibition: The Agencies represent employees of the studios and production companies, and packaging fees are ‘money’ paid to them by those employers. The Agencies’ argument that LMRA Section 302 does not apply to agents because it prohibits payment only to individuals and entities that represent employees collectively—labor unions and their officers and employees—is contrary to the statute’s plain language, legislative history, and longstanding precedent. Section 302 applies to a representative of ‘any of [an employer’s] employees,’ not merely those who represent multiple employees collectively.”

The guilds also argue that their case has adequately allege Racketeer Influence Corrupt Organizations (RICO) Act standing. “Individual Counterclaimants allege that the Agencies’ receipt of packaging fees has caused them lost employment opportunities, caused ‘writing wages’ to ‘stagnate or decrease,’ and forced writers ‘to retain and pay other professionals’ to negotiate on their behalf. This demonstrates injury to Individual Counterclaimants’ ‘business or property’ for RICO standing purposes.”

The WGA claims that its “antitrust claims arise out of the sale of Guild members’ writing services, through their talent agents, to Hollywood studios. In exchange for providing writing services, writers are paid a wage and their agents earn either a commission or a packaging fee for procuring their writer-clients’ employment. Counterclaimants allege that the Agencies’ coordination on packaging fees, including their collective refusal to deal with the Guilds, has and will continue to economically harm the Guilds and their members.”

“For the foregoing reasons,” the WGA told the court, “the Agencies’ Motion to Dismiss should be denied in its entirety.”