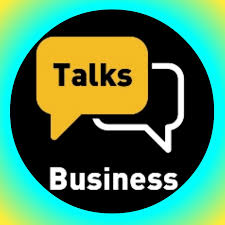 The WGA said today that the negotiations it had with Verve leading up to the agency signing the guild’s new Agency Code of Conduct “was the most substantive negotiation with an agency we’ve had to date.” Negotiations with the Association of Talent Agents for a new franchise agreement collapsed on April 12, and the guild ordered its members to fire all their agents who refuse to sign its Code.

“WGA and Verve representatives first met face-to-face on April 30th, and thereafter exchanged counterproposals,” guild leaders said tonight in a communique to their members. “The back-and-forth with Verve was the most substantive negotiation with an agency we’ve had to date. Verve was willing to make an agreement that aligns their agents’ interests with their writer clients’ interests. And the Guild was willing to modify the Code, while maintaining the fundamental principle that agencies should neither own production companies nor accept fees from the employers of writers.”

In the wake of the Verve signing, here’s the rest of what the guild says is new about the code and what remains unchanged. The WGA-Verve agreement, like the Code of Conduct:

• Bans packaging fees and agency-affiliated production companies.
• Requires agency to provide writers’ contracts, invoices and deal memos to the WGA and allows auditing.
• Requires agency to enforce Guild contracts and zealously advocate for writers’ best interests re: free work, late pay, abusive hiring practices, etc.
• Allows agency to accept fees for feature film financing and sales services, subject to disclosure and writer approval, for films with less than $20 million budget, and with Guild consent for films with budgets higher than $20 million.
• Contains a streamlined arbitration agreement.
• Requires agency to provide an annual report on its diversity and inclusion efforts.
• Contains a most favored nations’ clause if another agency reaches terms with the Guild more favorable than in this agreement.
The agreement includes some adjustments from the April 13, 2019 Code of Conduct, including:
• Gives either party to the agreement the right to re-open the agreement with at least 90 days’ notice prior to its termination date; if no notice is given, the agreement will be extended for additional one year periods.
• Clarifies that agency can represent producers that do not employ writers.
• Allows agency to provide notice of commencement or anything else triggering compensation by copying the WGA on invoices.
• Allows agency to provide list of films on which it is providing financing or sales services semi-annually rather than quarterly.

“This agreement,” the guild’s negotiating committee said, “is an important step forward in our efforts to realign agency incentives and eliminate the conflicts of interest that have undermined representation of writers. “