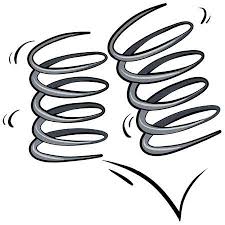 SAG-AFTRA leaders today weighed in on “paint downs” and “wigging” in the stunt industry, in which stuntmen double for actors of another race or gender — practices the union frowns upon. Speaking about “some of the things that have come up in the past,” SAG-AFTRA president Gabrielle Carteris said in a podcast that “We know that there’s been people putting on blackface, or men dressing as women. There seems to be more opportunity for work out there. Are we being more inclusive? We’re still seeing some of that. How do you counter that?”

“There is a reputation within the stunt community that it is a closed ecosystem,” said David White, the union’s national executive director. “That it is very hard for people to break in if they don’t have a family member or if they’re not part of the social circle” with ties to the stunt community. “Is that, with the explosion of different narratives and different stories now with all the platforms that we have, is that changing, or is that something that is still a struggle within the community?” he asked his fellow panelists.

“I do feel like it’s getting way better,” said Cort Hessler, chair of the union’s national stunt committee, “and that mentality is an old way of thinking. I saw a little bit of it at the beginning of my career at the end of the ‘80s when I started – men doing women’s stunts or paint downs. You hear about it, sure. I haven’t seen it. It’s very rare and there should be a 100% explanation if you have to do that.”

“It’s more of an old school,” said Jane Austin, a veteran stunt performer who’s also the union’s national secretary-treasurer and president of the union’s Los Angeles local. “The older guys are the ones that will hire their buddies and have ‘em put a wig on and stuff. It’s actually the younger (stunt) coordinators that are coming up that are working on the big show (who) don’t understand that. Because what they’re doing – they need to find the best stunt performer to make them look good. And the action has gotten so much bigger than what it used to be.

Once commonplace in the industry, paint downs are rare today. In 2014, Warner Bros. canceled plans to paint down a white stunt woman to double for a black actress on its hit Fox show Gotham. Dark makeup was applied to the face of a white stunt woman in a hair and makeup test in advance of two days of filming. After receiving inquiries from Deadline, WB initially downplayed the significance of the incident, but after looking into it said that it had made a “mistake” and hired a black stunt woman instead. “The situation has been rectified, and we regret the error,” the studio said.

Although wigging — in which stuntmen don wigs and dresses to double for actresses — is less rare than paint downs, it still is practiced in the industry. In February 2018, SAG-AFTRA closed an investigation into the wigging of a stuntman on MGM’s The Domestics and concluded that “wigging a male stunt performer to double for a female performer is not acceptable and that this should not happen again.” The union, however, did not fine the film’s production company for not doing more to find a qualified stuntwoman to do the job, though it says it “will remain committed to doing what it can to eliminate this practice.

Union members a perfect day to Spring into Action!

Headline photo selected by the Watchdog