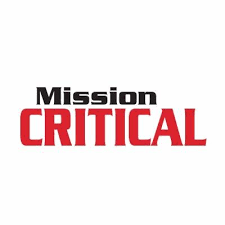 As the health of the Motion Picture Industry Pension Plan nears “critical” status, negotiations for a new IATSE film and TV contract are also approaching a critical stage. The union’s current contract, covering some 43,000 West Coast behind-the-scenes workers, doesn’t expire until July 31, but after negotiations stalled last month, the union said it would return to the bargaining table this week for three more days of talks. As of today, they’re still talking, with both sides observing a news blackout.

The main sticking point appears to be a rescue plan for the underfunded pension plan, which as of January 1, 2017, was only 67.4% funded. Under federal law, a pension plan is considered to have reached “critical status” if it falls below 65% funded. Over the past three years, its funding level has declined precipitously – falling from 80.8% in 2015 to 76.8% in 2016.

A major source of income for the IATSE plan comes from residuals. Unlike the talent guilds, however, residuals are not paid directly to below-the-line crewmembers; they go into the Motion Picture Pension & Health Plans, which also cover members of Teamsters Local 399 and the Basic Crafts unions.

In 2012, IATSE projected that residuals from DVD and Blu-ray sales, pay TV and other sources would generate nearly $1 billion in residuals through 2015. Since then, however, the DVD and Blu-ray sector has tanked, largely supplanted by streaming services, which don’t pay residuals into the IATSE P&H Plans.

And the slide of the pension plans’ funding level continues despite the fact that a record 90 million hours of work was reported to the plans last year, thanks in no small part to California’s film incentives program, which just was extended for another five years. Films and TV shows shot in such places as Georgia, New York, Canada and numerous others states and countries with generous incentive programs don’t contribute any funding for the Motion Picture Industry Pension Plan.

Sources say that IATSE is trying to persuade management’s AMPTP to come up with a new residuals formula that better reflects today’s marketplace for the films and TV shows that their workers help create and, in so doing, save its struggling pension plan. And because the plan is governed by a board of directors with an equal number of union and employer representatives, it’s both sides’ fiduciary duty to ensure that the plan remains solvent and able to meet its current and future obligations. The Pension Plan was established in 1953 – a year after the Motion Picture Industry Health Plan – and merged in 1990 to form the Motion Picture Industry Pension & Health Plans.

Going into the talks, IATSE Cinematographers Guild Local 600 had hoped that the brutally long hours worked on films and TV shows would also be addressed, although it’s unclear where that issue stands now as the talks continue. The local considers long hours, in which 16- and 18-hour days are not uncommon, a major safety issue. According to a source, 80% of all set safety reports the local receives are from members complaining about long hours on sets.

The union has also said that wage “parity” for members working in new media are among the union’s other goals, and a grass roots movement has been launched to urge management to address the pay gap between members of historically female crafts and historically male crafts who do comparable work.

Let’s hope the grass roots results in some green for the membership!