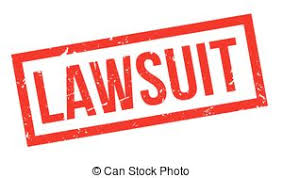 SAG-AFTRA and the American Federation of Musicians were hit with a class action lawsuit on Friday, alleging that the unions have a conflict of interest in their administration of streaming royalties.

The two unions operate the Intellectual Property Rights Distribution Fund, which collects and distributes royalties for streaming and satellite radio services like Pandora and Sirius XM. The fund serves musicians who are both union and non-union members.

The lawsuit was filed by attorney Neville Johnson on behalf of Kevin Risto, a non-union musician and producer who collects royalties through the fund. The suit seeks to represent all session, or “non-featured,” musicians and background vocalists who receive such royalties.

According to the suit, SAG-AFTRA and AFM began collecting a 3% service fee from the fund in 2013. The suit alleges that the unions have collected more than $5 million in fees in exchange for providing data and for administering the fund, thereby reducing the pool of money available to performers. The suit also alleges that the interests of the fund are skewed towards the unions.

The suit alleges that the unions effectively began paying themselves for services they were already performing, and that those services do not benefit the non-union performers.

The suit seeks to reclaim the fees paid to date and bar the unions from collecting additional fees.

SAG-AFTRA and AFM issued a statement after the suit was filed calling it “frivolous.”

“The claims made in this frivolous filing are completely without merit and have been filed by class action plaintiff attorneys whose interest is in attempting to extract exorbitant attorneys fees,” the unions said. “Their first action was not to contact the fund or the unions but to file a lawsuit. We will vigorously defend against this unwarranted claim while we remain focused on our core mission of collecting and distributing funds on behalf of all non-featured artists.”

Checkout this and other stories at https://variety.com/