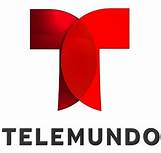 The Vote marks a first in Spanish-Language media.

Telemundo actors have voted to unionize with SAG-AFTRA, the union announced Wednesday from Tampa, a victory that comes against a backdrop of difficult times for unions and for Latinos in the US, as well as what the union said was “an aggressive anti-union campaign” by the network, a unit of Comcast and NBC Universal.

The vote tally was 91 to 21, out of 148 ballots that were sent out on February 7, union spokespeople said. The union said that about 500 performers per year work on Telemundo’s telenovelas, but voting eligibility was limited to those who had worked at least a certain number of days on such programs last year.

The balloting came after a January decision by the National Labor Relations Board that ordered the vote to proceed. The union said that this was the largest union election for actors since the 1950s. The vote marks a significant step forward in the union’s campaign to organize and represent Spanish-speaking performers who — unlike their English-speaking counterparts at sister network NBC — do not receive union protections, residuals or union pension and health benefits.

The company is now obligated to negotiate with the union.

Studios, networks and production companies in English-language media usually accept SAG-AFTRA jurisdiction as a matter of course — when was the last time a new NBC scripted series declined to sign with union? — but Telemundo’s refusal to do so meant that the ballot procedure was the union’s only avenue.

Telemundo has surged in prime-time ratings largely due to the success of its telenovelas and other scripted dramatic programming and the network now bills itself as a top four TV network in the US.

Way to go to our Telemundo friends!